A semi-autobiographical film about Sally Scowcroft, a mill worker is plucked from obscurity and thrust towards fame and fortune by an ailing composer (Owen Nares) who needs a singer to perform his work.

Songs: We’re All Good Pals Together * In a Little Lancashire Town * My Love for You * I Never Cried So Much in All My Life * You’ve Got to Smile * A Song in Your Heart 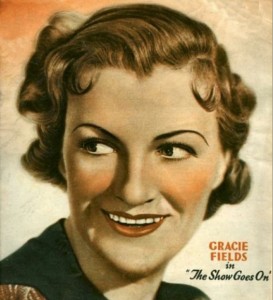 ‘The Show Goes On’ 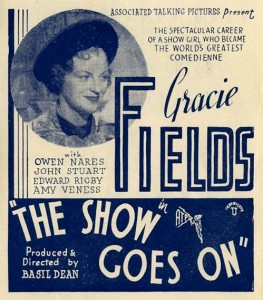 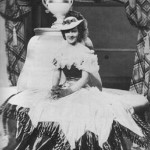 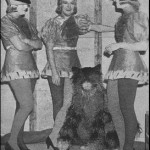 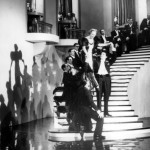 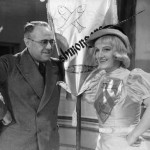 ‘THE SHOW GOES ON’

The new Gracie Fields production, ‘The Show Goes On’, has been released in England and other parts of the Empire as a special coronation attraction, and copies were dispatched per air mail to enable Australia to participate in the now Empire-wide release. It will be shown at Radio Theatre at the matinee on Saturday and on Saturday and Monday nights.

The new picture, which somewhat reflects Grade’s own life story, was a happy choice for this auspicious occasion, for the universally popular Gracie has for many years been one of the Empire’s greatest ambassadors of happiness, both in her profession and her great generosity in the worthy cause of charity.Cyril Ritchard is also prominently cast as Grade’s accompanist pal, ‘Jimmy’: Owen Nares scores as Martin Fraser, and John Stuart as Gracie’s home-town sweetheart.

‘The Show Goes On’ is a sparkling musical comedy, bubbling over with laughter and happiness, while rising to still greater heights is a new Gracie,greater and more glamorous, giving some delightful songs.