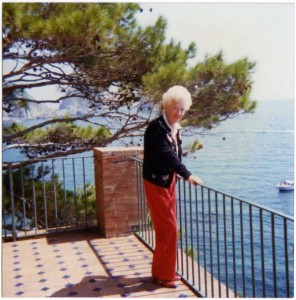 Shortly after breakfast on Thursday September 27th 1979, Gracie passed away. Gracie and Irena were alone in the Pink Apartment when it happened, and Boris was working on the central heating at their Anacapri home. The British press reported that he died holding her hand, but this was sadly not the case. Conflicting stories reported Gracie taking a sip of coffee, saying ‘I think I’ll go for a walk later’ and then falling asleep, and others of her collapsing and trying to be revived with oxygen.

Boris called John Taylor in England, instructing him to call Lillian Aza and Gracie’s family. Lillian then relayed the message to the press.

The day before her death, Gracie and Boris had gone to the Post Office to pick up her post, and send out some mail (one letter to John Taylor, which arrived two weeks after her death.) She read her mail and had her usual whiskey and water before going to bed at 10 o’clock, without anything to eat as she said she wasn’t hungry.

Cyril Smith was speaking at a political party conference at the time, and stopped mid-speech with the news of Gracie’s death, which received audible shocks and gasps from the Liberal Democrat crowds. The flag on Rochdale Town Hall was instantly drawn to half mast.

Tommy Fields and Edith Wakefield, along with Lillian Aza, left for Capri for the funeral, but Edith slipped in the bathroom of her hotel and had to be taken to hospital with a fractured wrist, and so missed the funeral. 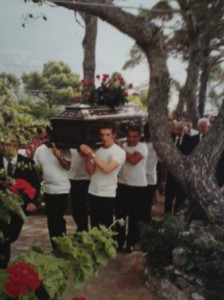 Gracie’s coffin was carried from the terrace of La Canzone where a small service was held, to a blue hearse outside the front gates by restaurant staff wearing white t-shirts. They paused one last time to give Gracie one last look at the view she loved so much. The hearse was followed by 200 mourners in Capri buses, which all gave their services for free. 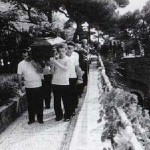 Notices around Capri asked for ‘No Flowers Please’, but on an island of flowers, this was impossible. Thousands of flowers and tributes arrived from around the world, including a wreath from Rochdale Football Club, Cyril Smith, John Taylor (who could not make the funeral due to being in hospital). Elton John sent flowers, and paid for a fresh bouquet to be placed on her grave every week for a year. Gracie’s mahogany coffin, lined with steel, was adorned in 27 red roses from Boris -one for every year of their marriage. 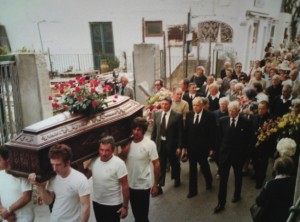 A blessing service was given in the small chapel at the non-Catholic cemetery, preceded by the Rev. Edward Holland from Naples, and Fr. Romano Tancredi in a dual Catholic/Protestant blessing internment. Gracie’s white marble tomb was not ready, and so the Cerio family agreed for Gracie to be placed in their family tomb until hers was completed by an island stonemason. 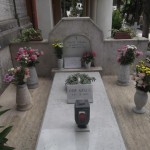 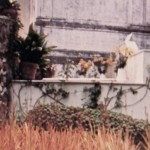 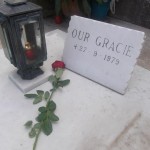 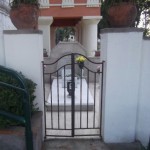 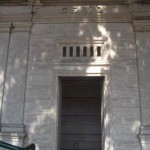 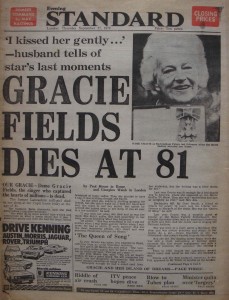 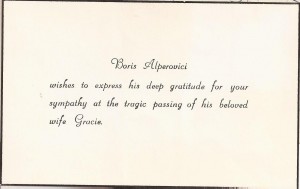 “Thank you Lord for the life of Gracie. Thank you for her warmth and the joy she brought to the lives of so many.”

On November 15th 1979 at noon, a service of memorial was held at St Martin in the Fields in London. Roy Hudd and Michael Parkinson lead the proceedings, with Elizabeth Harwood singing the Ave Maria. There was a press strike on this particular day, and so only one photo exists of Michael Parkinson at the service. 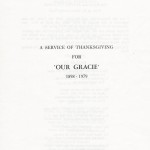 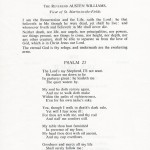 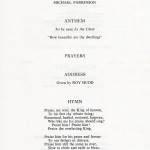 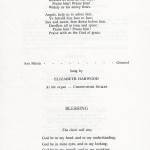 A similar service had been held at Rochdale Parish Church on 20 October 1979, which was attended by Larry Grayson, Violet Carson, various other celebrities. Violet Carson and the Mayor of Rochdale both gave the address. 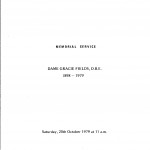 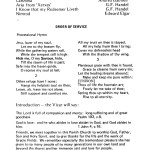 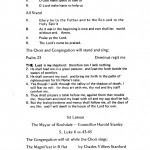 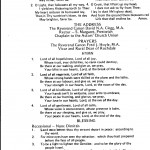