‘I have worried her every time she was in England’, says Harty in his introduction, ‘and I have even worn a trail up to her doorstep on the Isle of Capri. She is a legend. Someone whose joyous irreverence has woven itself into the fabric of all our lives over the past 50 years. In British show business, there has never been anyone like her.’

Broadcast on January 17th 1975, Gracie appeared on ‘The Russell Harty Show.’ The episode is number 18 of series 1.  The episode was recorded in London exactly one month prior to broadcast. 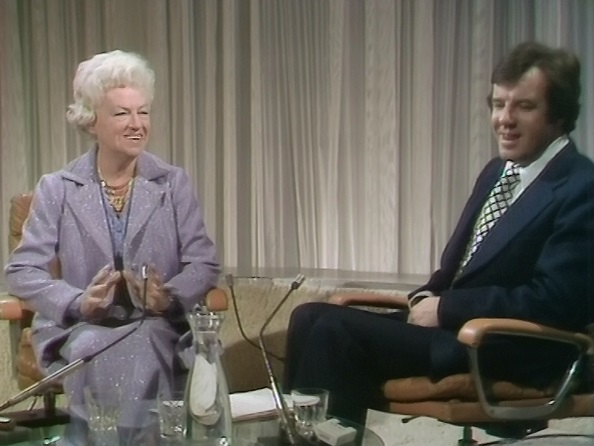 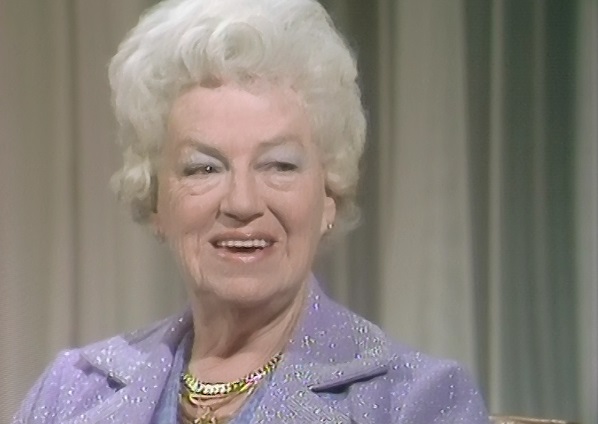 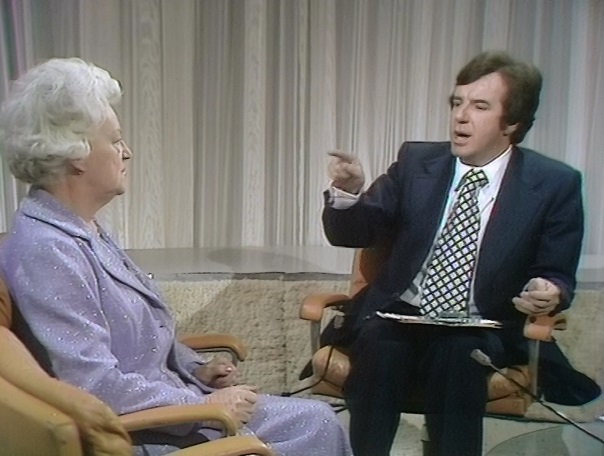 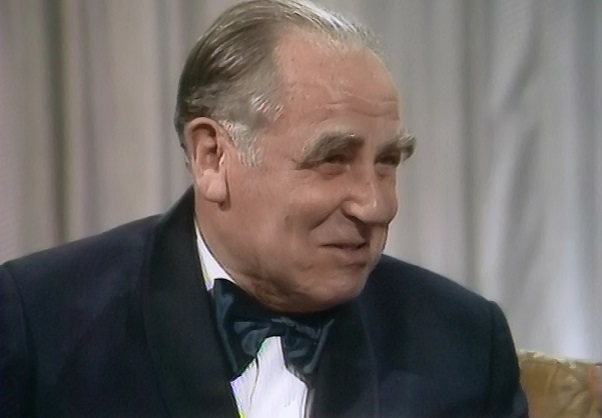 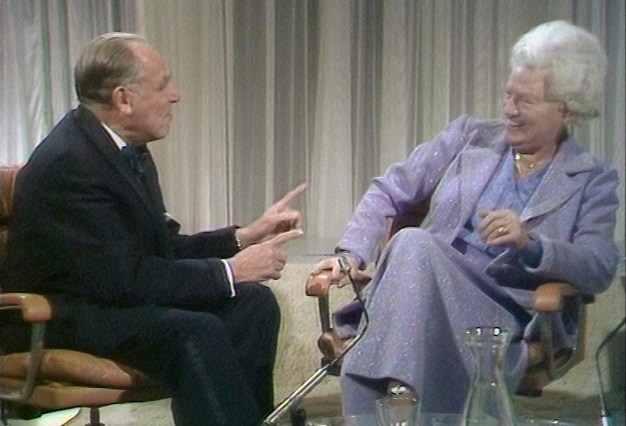 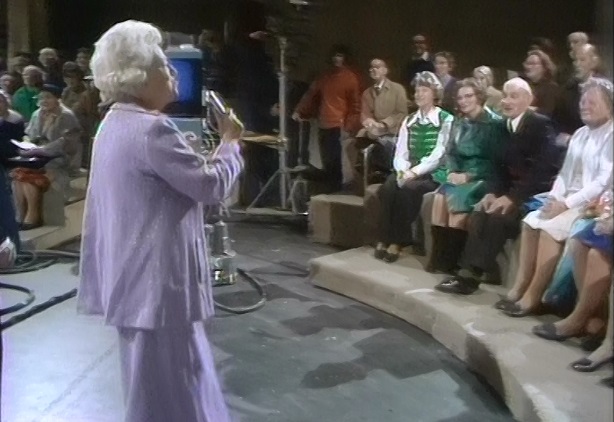 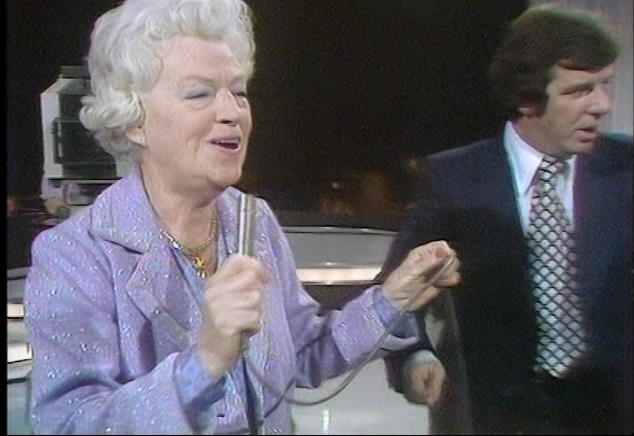 Talking about her life, she intersperses the stories with bursts of ‘Volare‘ and ‘What Makes Me Love You?‘ Rounding the show of with an unexpected performance of ‘Sing As We Go.’ The interview mainly focuses on her childhood and her career.

Interestingly, Harty calls up Boris from the audience who comes to sit next to Gracie, and discuss his life with his superstar wife. This is a rare opportunity, as Boris usually only features in the background. ‘I’m six years older than him! I’ve kidnapped him!‘ Boris sheds light on how he enjoys Gracie’s hot-pot and Sunday dinners, and how he doesn’t like her doing the shopping.