On May 19th 1937 Gracie returned to Rochdale for what was set to be “the proudest day of [her] life” as she was to receive the freedom of the Borough. The Mayor set aside his 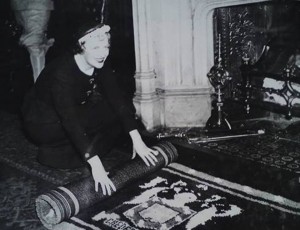 own drawing room to be decorated in flowers and used exclusively for Gracie until the Ceremony at 12.00 in the Great Hall. Before the ceremony, Gracie was photographed in front of the Mayor’s fire-place as she presented a rug made by the Disabled Men’s Handicraft of Smethwick bearing Rochdale’s coat of arms. 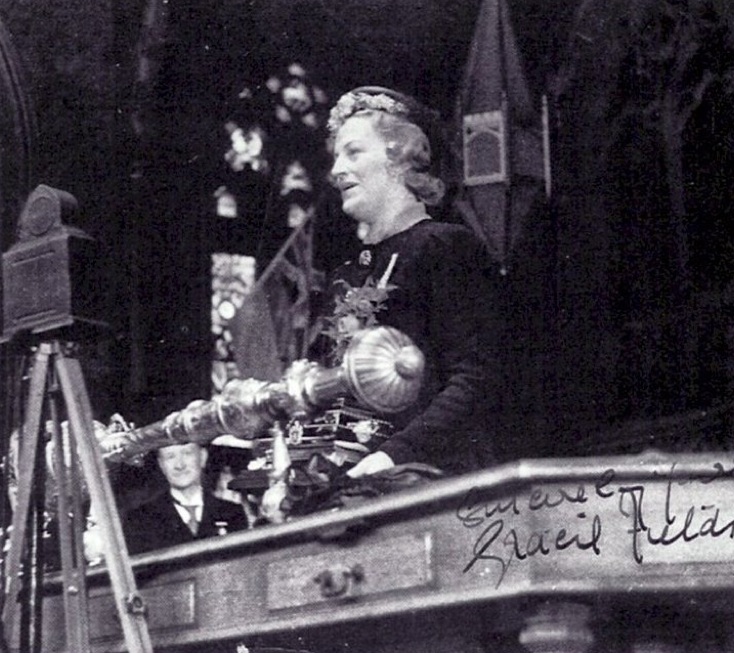 Gracie Receives the Freedom of the Borough of Rochdale 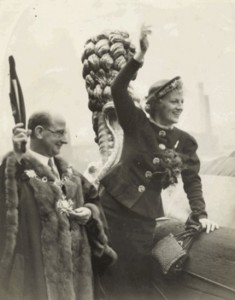 On the Town Hall balcony. That’s some corsage Gracie ! 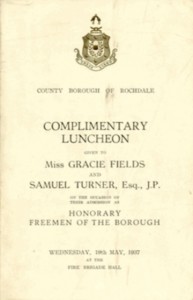 Also honoured with the freedom on the same day as Gracie was Asbestos manufacturer Samuel Turner. 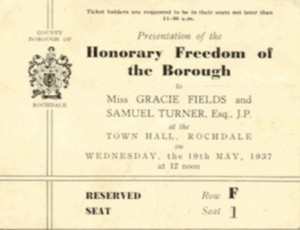 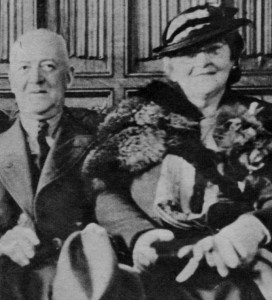 Gracie says,  “It was the thrill of their lives and only Rochdale could have given it”.

Thousands of people crowded around the Town Hall, and traffic had to be stopped throughout the town to accommodate them along the Esplanade. As usual, Gracie went on the balcony with her mother and father to wave at the thousands that had gathered to see them. She explained later that “I’m not really proud for myself, but for mother and father.” 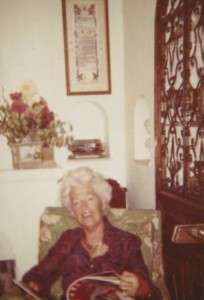 The casket with Gracie at La Canzone del Mare, Capri

Presented with the casket my Mayor Crowder, Gracie explained that “Wherever I go In this world, this casket will go with me.” Signing the Freeman’s register, Gracie’s fountain pen wouldn’t work so she made a joke of this by sniffing the ink-pot! 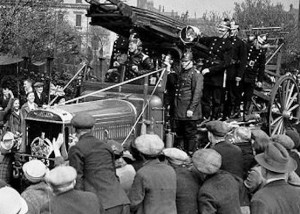 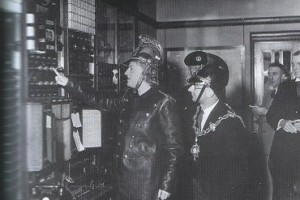 Gracie was then whisked off to the local fire station where she donned a fireman’s outfit and helmet and went parading through the town dressed as a fire-chief, whilst her Mother, Lillian Aza and Bertha Schofield stopped by 9 Molesworth Street for a photo opportunity. 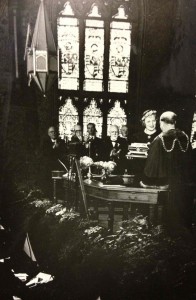 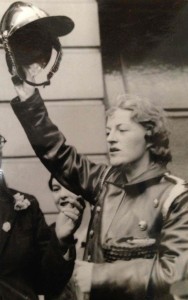 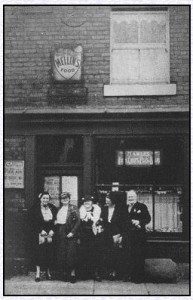 Later in the afternoon, a complimentary luncheon was thrown for the two new freeman at the Fire Brigade Hall, which included a sumptuous dinner. Immediately following the event, Gracie took the train back to London to take part in the midnight start of a charity bicycle race. The following weekend, Gracie threw a special party and concert at the Alexandra Palace in London for 10,000 Rochdalians as thanks. 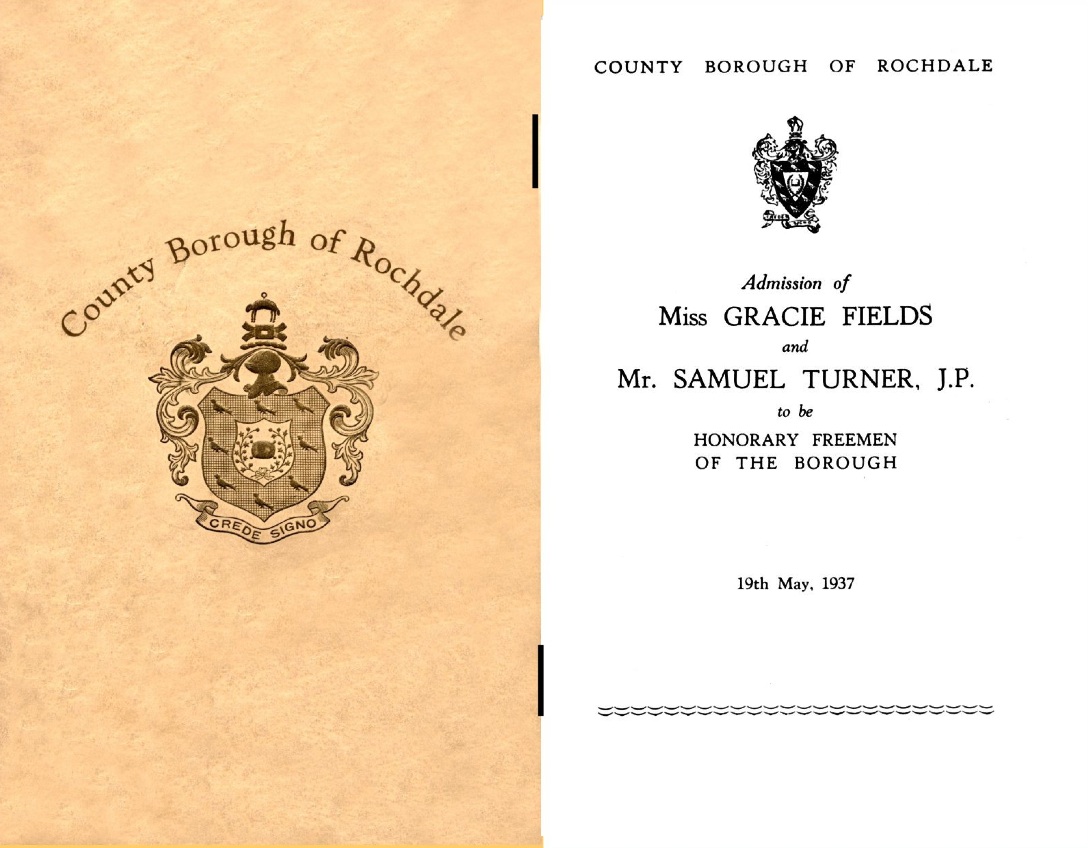 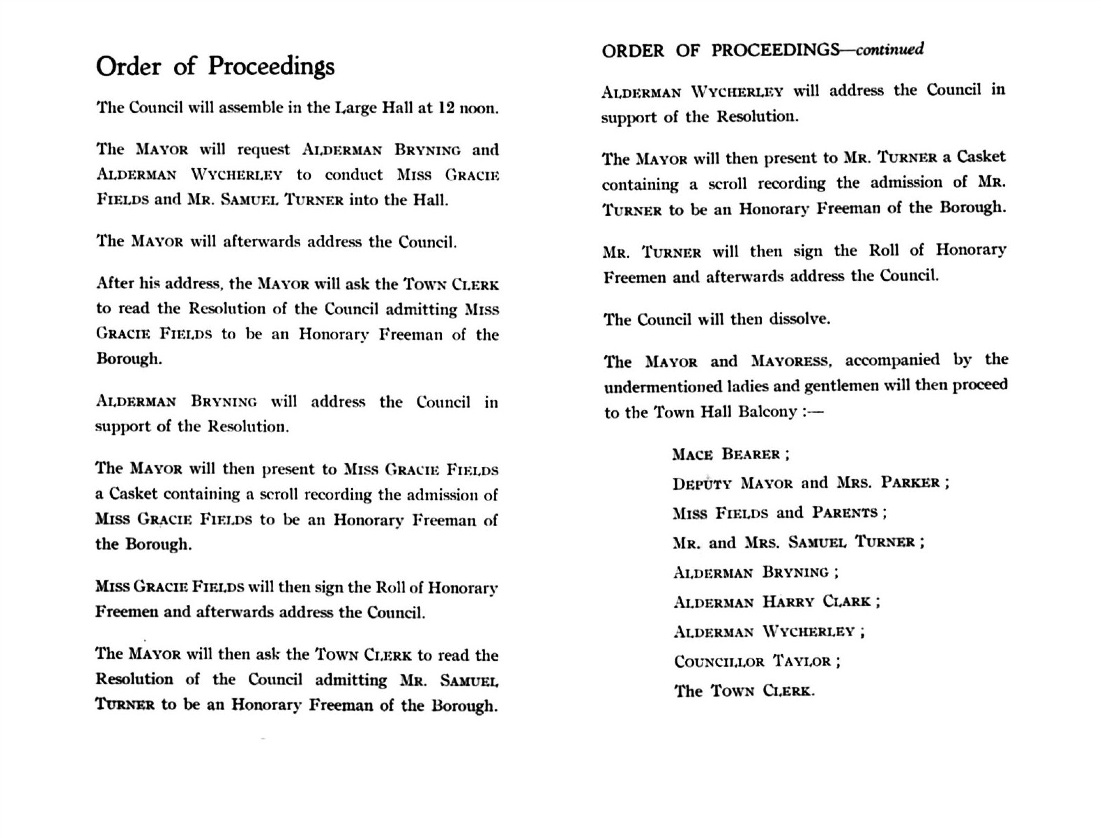 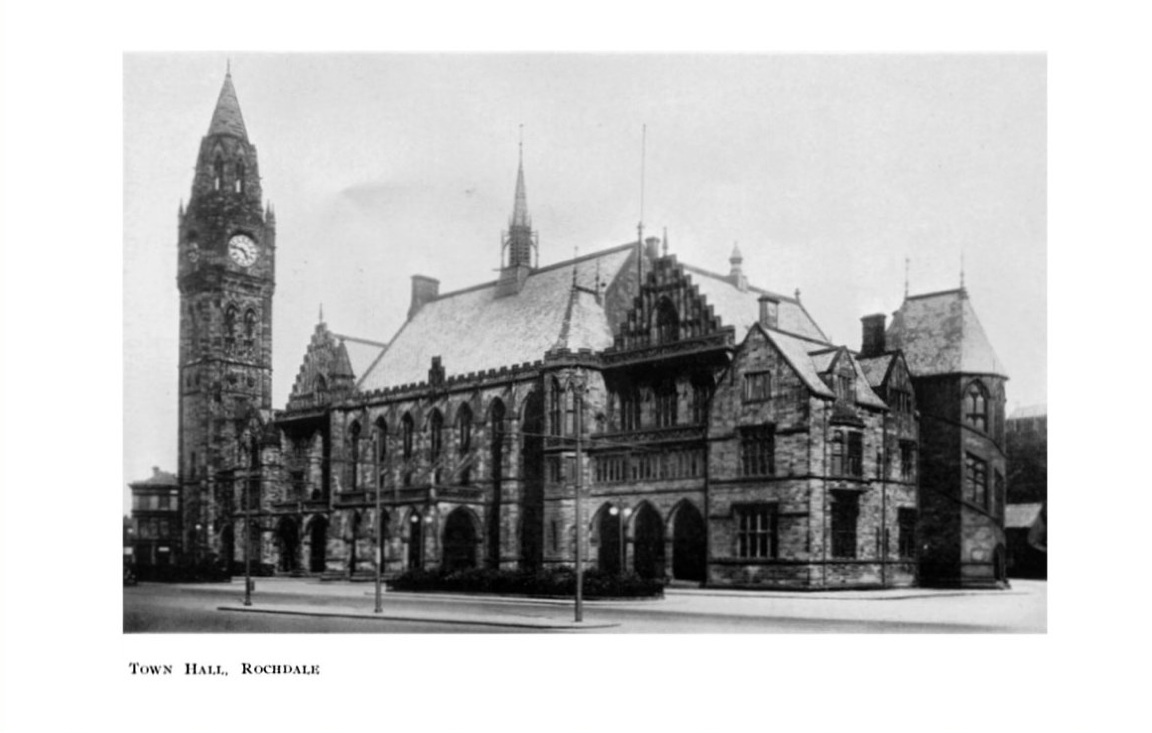 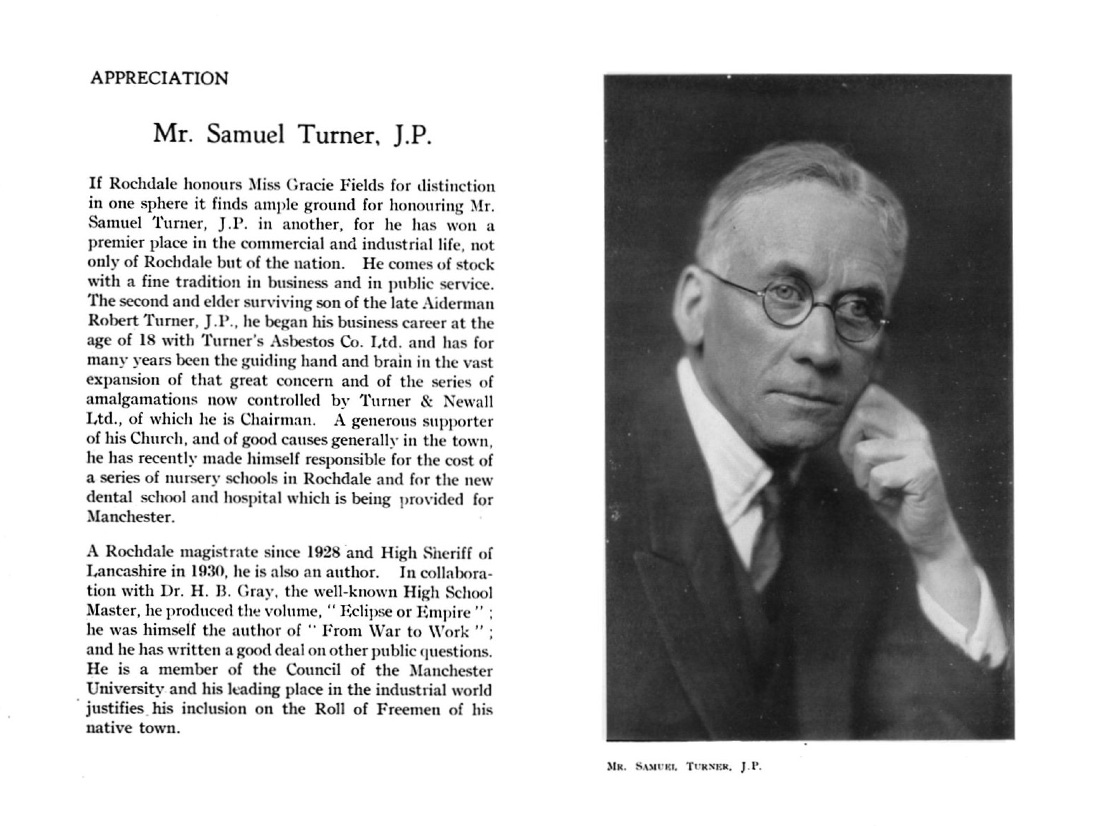 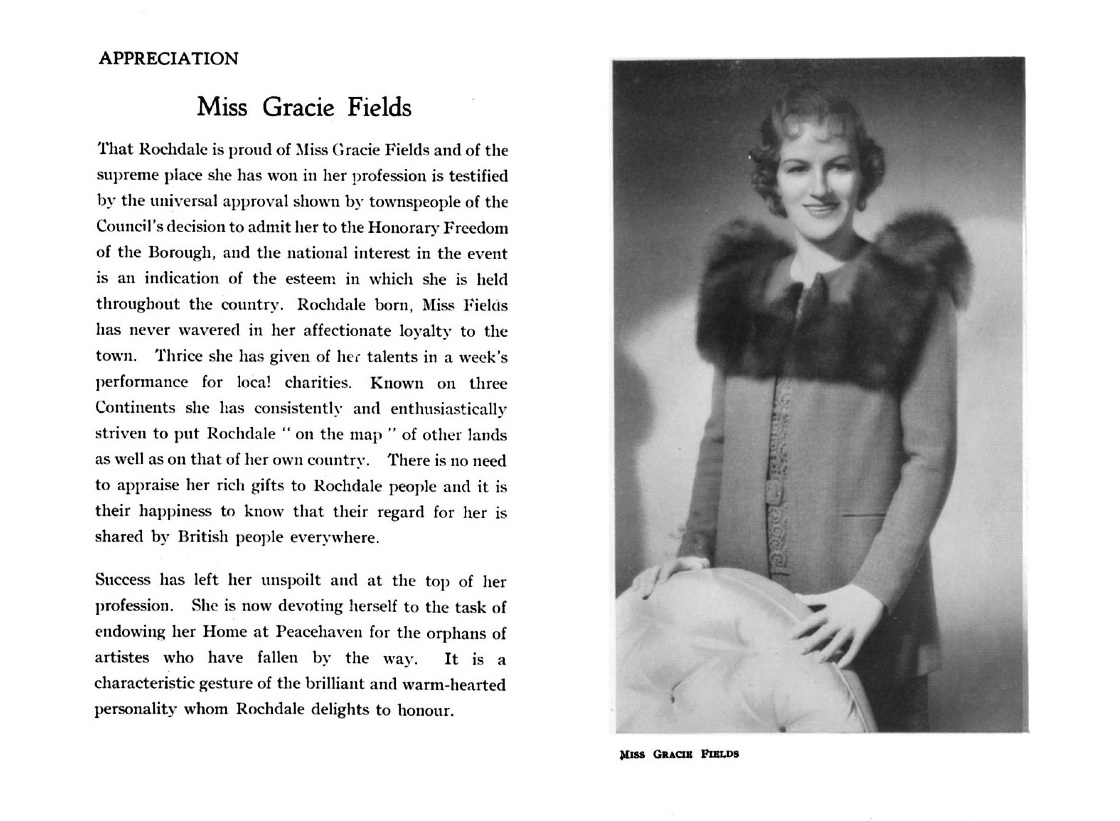 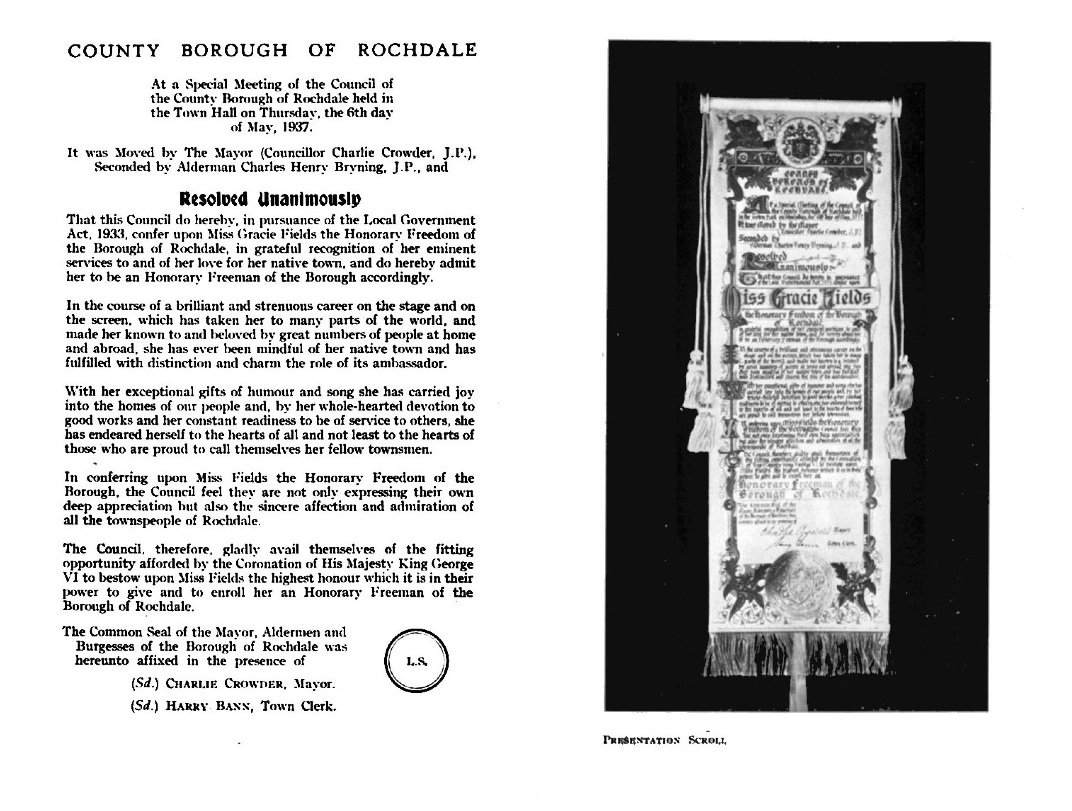 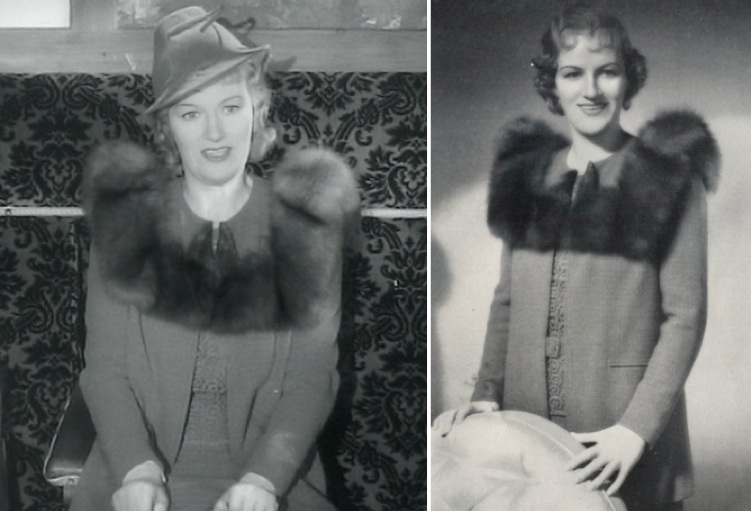