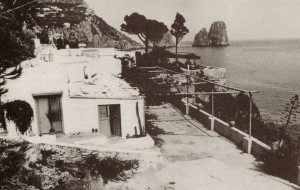 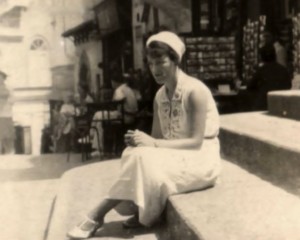 Gracie first went to Capri on holiday with John Flanagan and Augustus John after she read Norman Dogulas’s hedonistic novel ‘South Wind.’ Spending a fortnight on the island’s Marina Piccola in an old British fort on the Marina Piccola, named ‘Il Fortino,’ Gracie decided that ‘if one small blade of grass on this wonderful, gentle place could belong to me‘ then she would be the happiest woman alive. 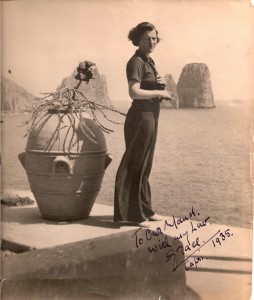 This wish came true in 1933, when Ettore Patrizi in Capri informed her that his family home -the very one Gracie stayed in originally, was up for sale. Gracie paid £11,000 for the ramshackle house which needed a lot of work, which Gracie footed the bill for to create her dream home for her and John. This wasn’t to be however, as John told Gracie that he could not live with her as they were ‘polar opposites‘. 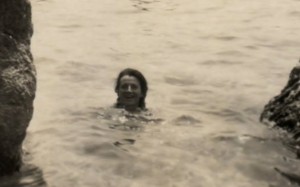 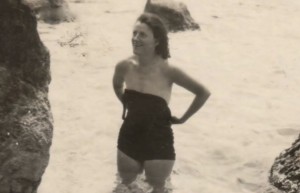 After her operation in 1939, Gracie went to Capri to recuperate for a few months, Gracie, Mary Davey and Monty were in Capri the night that war was announced in September 1939. Gracie described the lights of Naples going out, but her thoughts were wending back to Brighton’s sea front, which also would be in darkness. During her war tours, Gracie often called back to Capri to spend a short break, but her home was eventually used as a recuperation centre for servicemen. One soldier borrowed one of Gracie’s books, as a memento, and took it home to America with him, later sending Gracie a letter asking for forgiveness and enclosing the money to buy a new book. 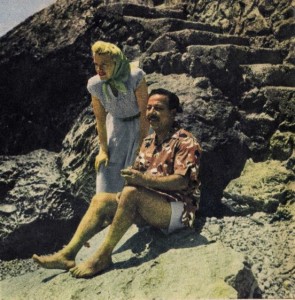 Gracie and Monty, both before the war and after, began renovating Il Fortino into ‘La Canzone del Mare‘, -‘The Song of the Sea’. Blasting away rocks -much to the dismay of the locals, from the sea wall, they created a ledge in which initially a tea rooms, a ticket office, a restaurant and a swimming pool could fit. This was opened, and after some alterations over the years the lido bathing platforms and restaurants were extended, a jetty was added and the British themed tea rooms were closed down, in favour of a few small rented boutique shops.

Whilst Gracie and Boris initially tried to run the restaurant and American themed bar, (just the business side), they eventually leased this out to the Lacono family, who in turn bought the whole complex from the Fields family after Boris’s death. One stipulation was that Boris and Gracie had the option of a meal at either lunch or dinner time each day, to save them cooking, and their guests a meal if and when they had any.

Small bathing huts were added around the pool-side, (the pool is shaped as the island of Capri), and sign outside the main gate announced ‘Gracie’s ‘La Canzone del Mare.’ Monty died never seeing the completed project, but Boris took over and finalised everything, installing lighting in the pool (which uses salt water from the sea, and is deceptively deep), and also added small chalets underneath the Pink Apartment, which were used to house the likes of Maria the Maid, Irena Buonous and the Mario Paolo. In recent years, these apartments have been transformed into hotel rooms, known as the ‘Diva Suite’ named after the icons: Brigette Bardot, Liz Taylor, Sophia Loren, Gracie Fields and Jacqueline Kennedy. 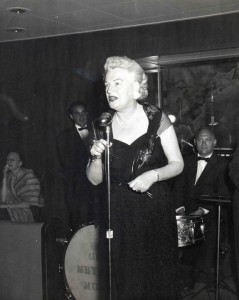 Cabaret in the restaurant

In the 1950s, the menu for the restaurant was quite minimal, but this was extended as the years went on. In the late 1950s, Gracie sometimes gave cabaret performances in the restaurant, of which snippets of recordings exist. However, the audiences were too loud and more interested in eating their food than listening to Gracie, so these didn’t last very long. 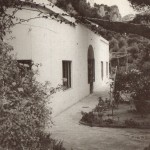 ‘The Pink Apartment’ just above the bathing area and restaurants is a small building, now used to house some of the staff of La Canzone over the Summer months. It has a large patio with an intricate sundial mosaic. Inside, Gracie had a bedroom a small bathroom and an office where she used to reply to her fan mail, and spend time away from the main house. 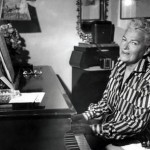 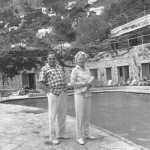 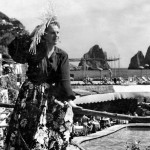 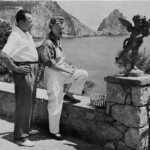 A set of winding steps lead up from the apartment to the terrace of the main house, where Gracie used to come for 10 minutes each evening and look over the Faragnoli rocks to say her prayers. In the grounds of the main terrace stood a large mimosa tree, two large aspidistras (which are now on Gracie’s grave), a barbeque constructed by Boris, and in later years a satellite dish which was also constructed by Boris. Housed inside a shed was a set of dining chairs and tables used when Gracie was entertaining large parties in the early years, and also a chair swing which came out for use in the summer months. 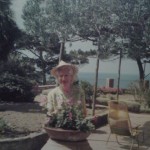 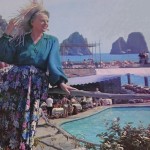 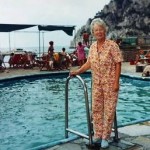 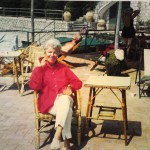 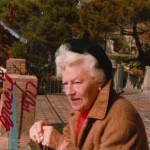 The main house is all one storey, and contained a kitchen, one en-suite bedroom, a living space, Gracie’s private study, Boris’s ‘junk room’ and a bathroom. In one of the corridors, Gracie had displayed all of her awards and certificates. Whilst Gracie liked them here, out of the way, Boris often shifted things around and photos exist of the certificates, bush hat, Freedom scroll and statue by David Rawnsley in the living room of the house -but Gracie often swapped them back. A piano was also in the main room of the house, which Gracie often played. In Boris’s junk room, he had hundreds of dismantled radios, television sets, cameras and a whole array of technical items. ‘If anybody needed anything, we asked Boris and off he went into his room, and came back about half an hour later with what we needed.’

The restaurant of La Canzone is still run by the Iacono family, and is open during the Summer months. 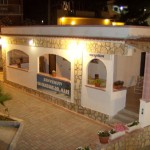 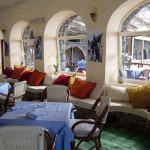 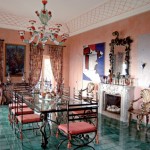 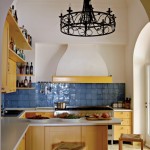 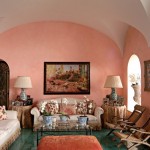 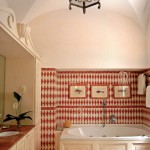 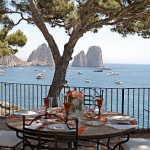 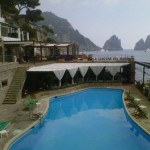