Gracie Gray, an entertainer quits a crooked London theatre, and sets up her troupe on her uncle’s farm. A famous musician joins the group and helps them on their road to fame.

Songs:  The Holy City * Giddy Up * Swing Your Way to Happiness * You’ve Got to be Smart in the Army * Peace of Mind * Mrs Binns’ Twins 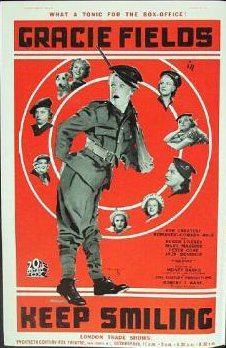 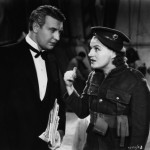 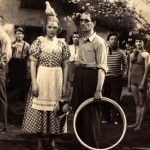 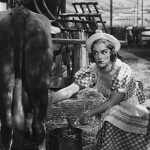 Gracie Fields has never been seen to greater advantage than in her latest 20th Century production, ‘Keep Smiling’, at the Liberty Theatre tonight at 7.15. Surrounded by a gay and happy cast in a story bubbling with happiness, the star gives the performance of her career, ‘Keep Smiling’ is the story of a touring vaudeville troupe, led by Gracie Fields, their guide, philosopher, and very true friend. She leads them in revolt against a crooked manager, takes them to her grandfather’s farm where their open-air rehearsals startle even the cows, and eventually lands them in the top spot among seaside carnival shows. A long supporting cast provides uniformly excellent performances. Lovely Mary Maguire, brought from Hollywood to play the part of Avis, the troupe’s soubrette ; Roger Livesey, London stage star, who appears as Gracie’s devoted admirer and at last, husband ; Jack Donohue, tap-dancing star, who plays the role of Denis, conceited partner of Avis ; the screen’s most lovable dog star, ‘Skippy’, as the dog who causes a lot of happiness and almost as much trouble ; Peter Coke, rising young star of the West End stage, who plays romantic lead opposite Mary Maguire, and peppery Edward Rigby, remembered as Robert Taylor’s scout in ‘A Yank at Oxford’, who appears as Gracie’s grandfather.

There is a feast of music in this refreshingly happy film tonic. Gracie Fields sings as only she can, a wide variety of numbers from, ‘The Holy City’, sung in a village church, to the riotous comedy number, ‘Mrs. Binns’ Twins’, which she sings in a concert party sequence. Her other numbers include a haunting melody, which may well equal the phenomenal popularity of Gracie’s hit, ‘The Sweetest Song in the World’, called ‘Peace of Mind’. 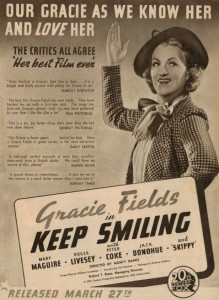 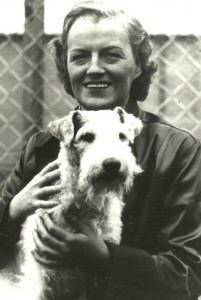 Gracie with her co-star Mr. Skip