For transmission on Boxing Day 1960, the BBC asked Gracie if she would like to perform her own half-hour show; just Gracie, a piano and an audience. The title was naturally, ‘Just Gracie’ 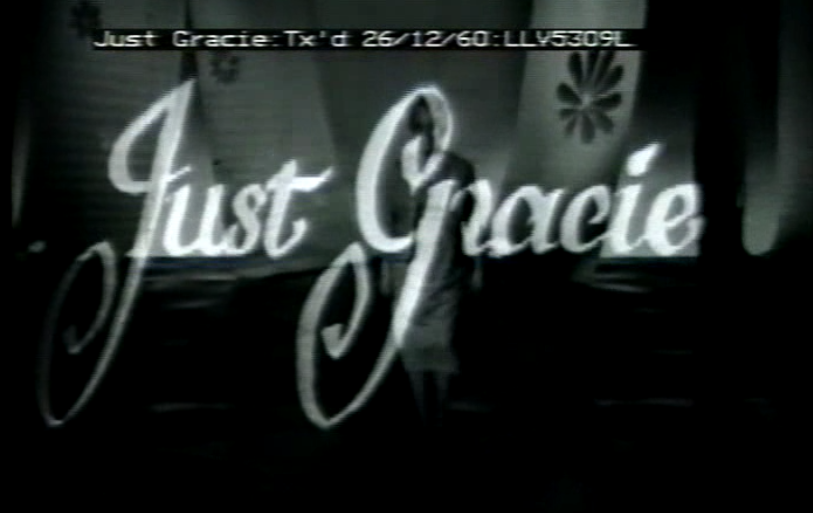 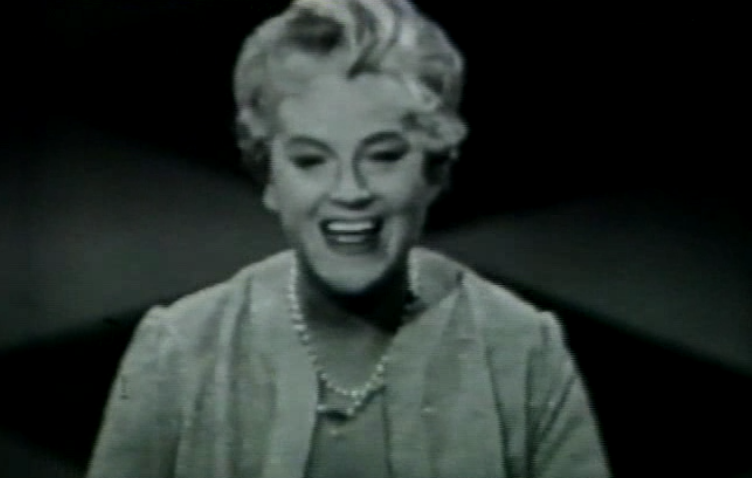 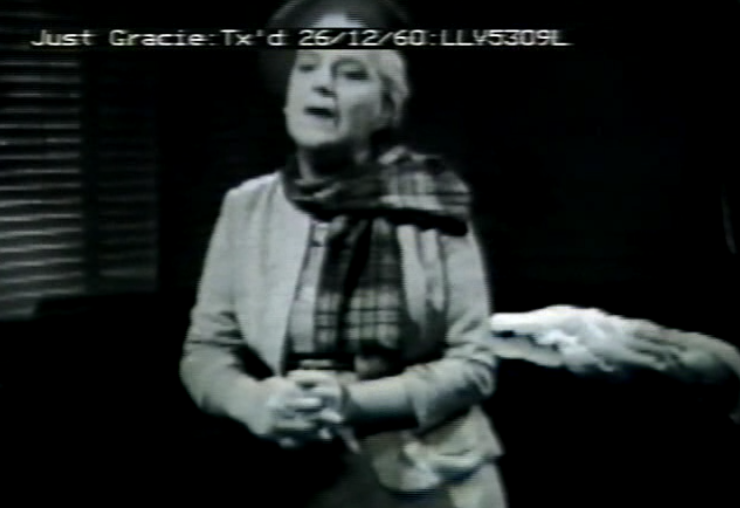 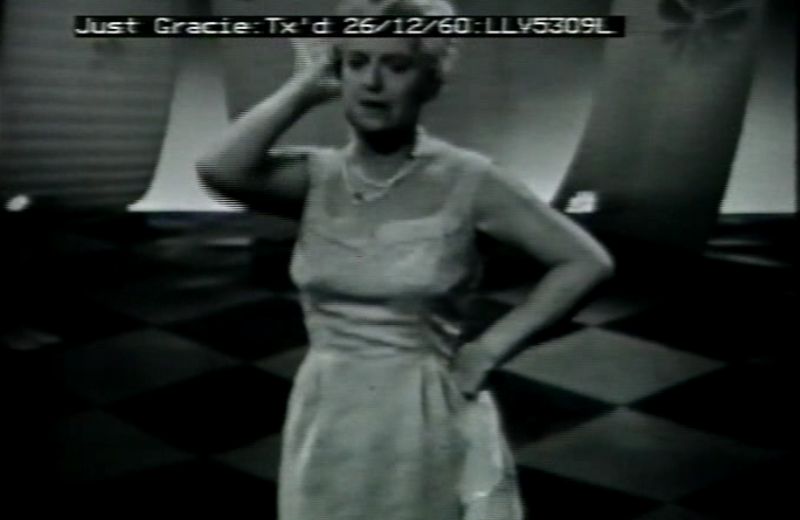 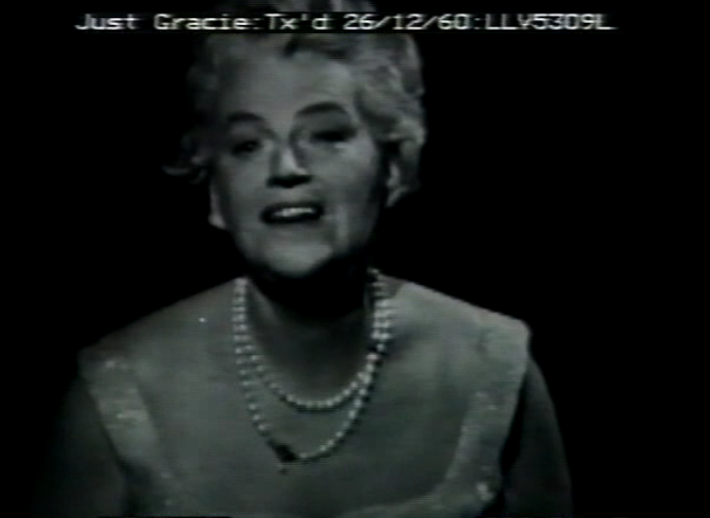 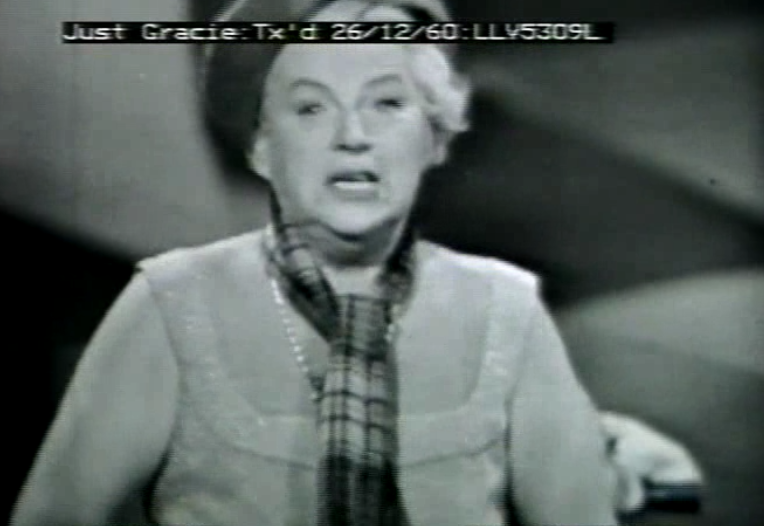 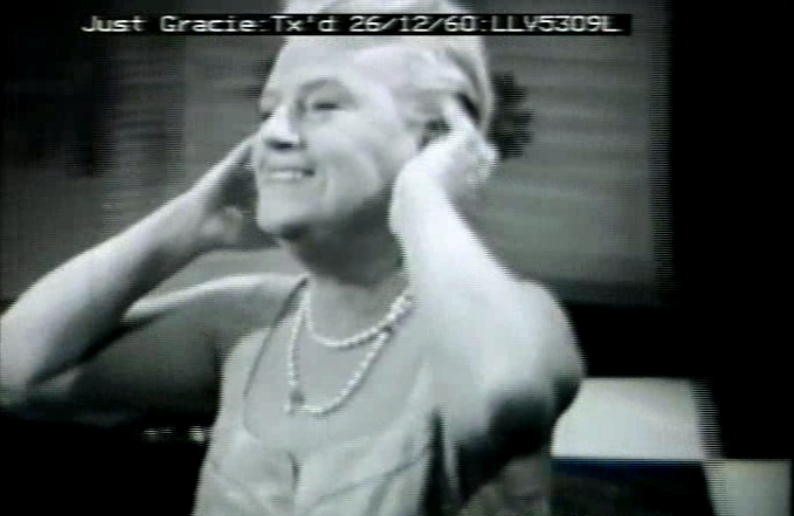 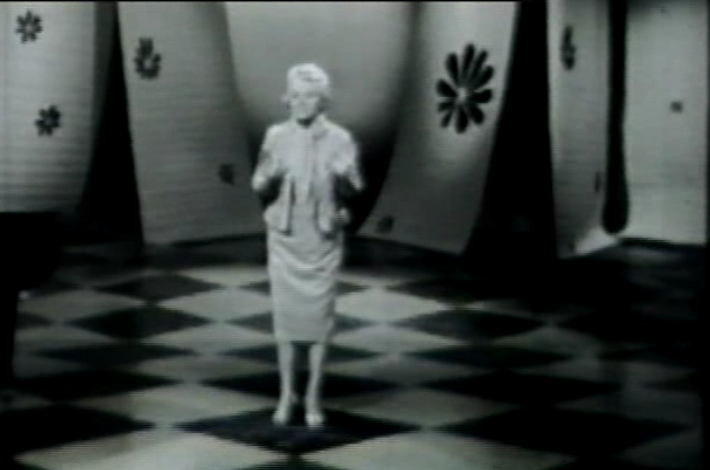 With Bert Waller at the piano, and accompanied by the Rita Williams Singers, Gracie sang . . .

Sally * Sing As We Go * Somebody * In My Little Bottom Drawer * The Twelfth of Never *Fonzo (My Hot Spanish (K)night) * Getting To Know You * Something Wonderful * I Whistle A Happy Tune * What’s The Good of a Birthday? * Around the World * Little Old Lady * Walter, Walter * Bless This House * Volare

A Gracie quote from show: ‘I’d bash Boris’ head in if he asked for a cup of tea at twelve o’clock at night!’ 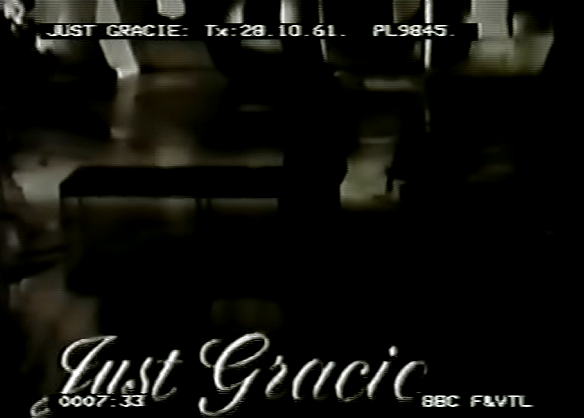 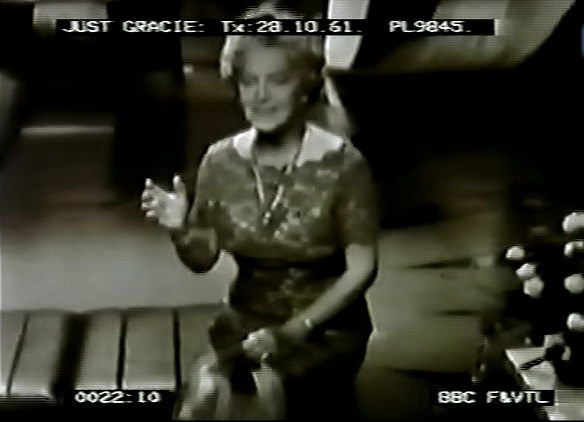 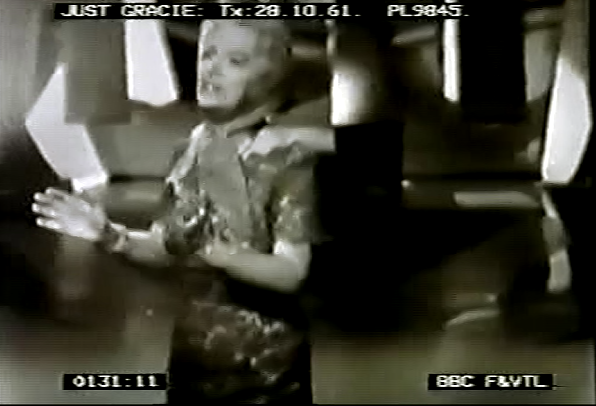 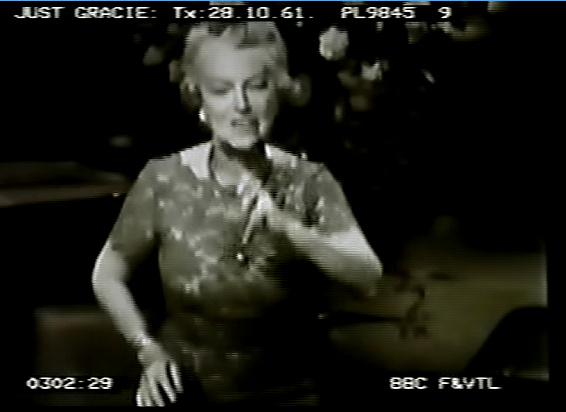 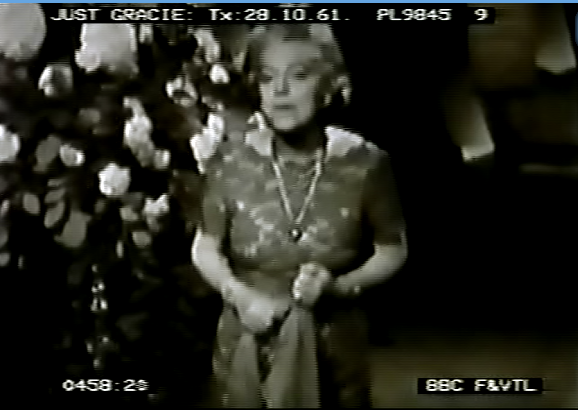 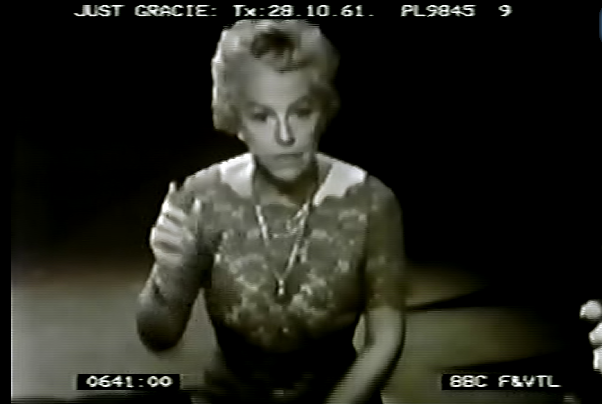 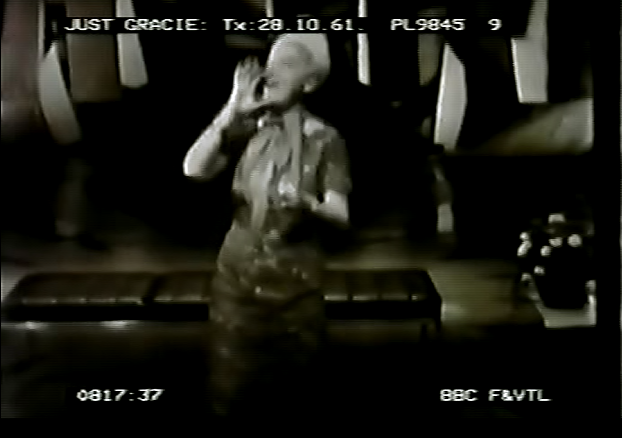 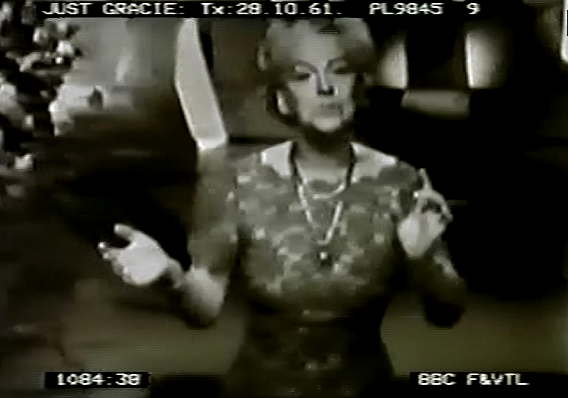 Following the success of this show, Gracie again appeared for the BBC the following year in a similar broadcast. Again titled ‘Just Gracie’, this time Gracie sang more contemporary songs, as well as a couple of old favourites . . .

Life is Wonderful * BBC Anniversary Talk * Sing as we Go * How Are Things In Glocca Mora? * The Wickedness of Men * Oklahoma  * The Surrey With the Fringe On Top * People Will Say We’re in Love * Someone Keeps Sending Me Flowers * Moon River * Scarlet Ribbons * The Rochdale Hounds * Go Away From My Window * Put Your Shoes on Lucy * Tenderly * I’ll See You Again

Thankfully, both ‘Just Gracie’ 1960 and 1961 exist in their entirety within private collector’s archives. They both provide an excellent snapshot of Gracie in her natural setting: entertaining in front of a live audience.