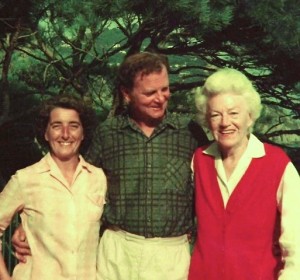 ‘I first met Gracie Fields in Newcastle in 1947, at the stagedoor after one of her ‘Our Gracie’s Working Party’ concerts. She told me that she was too tired to sign autographs, but insisted that I write to her. This started a privileged 31 year close friendship between myself and Gracie, which later saw my late wife Anne, and myself spending many happy holidays on the Isle of Capri with our dear friend Grace. Whilst I am not on the internet myself, I have been notified of the creation of this website in tribute to Gracie Fields, and have taken a keen interest in what has been going on. From the research I have been made aware of I am sure that it will be a fine tribute to a great lady. The time, research and effort which has gone into its creation will undoubtedly ensure that 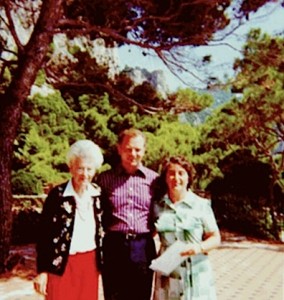 it is the internet’s greatest official tribute to Gracie Fields, and something which I am pleased to have been a part of. I wish every continued success to the creators of this website, and hope that the fans of Gracie Fields enjoy it, learn from it, and continue in their admiration of the Britain’s greatest ever variety artist.’