As a Christmas spin-off to ‘Stars on Sunday,’ Gracie appeared in ITV’s Christmas Day special in 1970 ‘A Gift For Gracie’ Using the ‘Stars on Sunday’ set, Gracie and Bruce Forsyth headlined the star-studded show to celebrate Christmas. 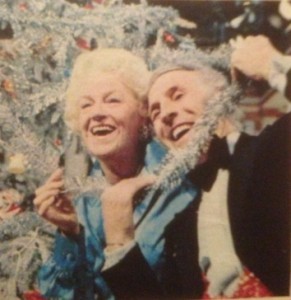 “Take a set sweeping the entire length of Yorkshire TV’s largest studio (7,650 square feet), add an all-star line up, two top writers and a directror who has been connected with some of television’s leading shows and the result can only be a variety spectacular with a capital S”.

The set is made up of three levels to look like the entrance hall and grand staircase of an 18th Century mansion. It is here that Gracie’s party takes place. With her guests the Poole and Brooks families, the Lionel Blair Dancers, the Mike Sammes Singers and the butler –Bruce Foresyth, she settles down to watch the Queen’s Christmas message

………. but there are constant interruptions. 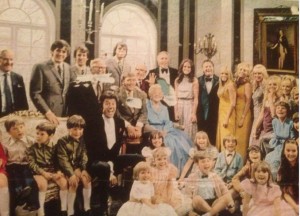 During the show, Gracie sings: 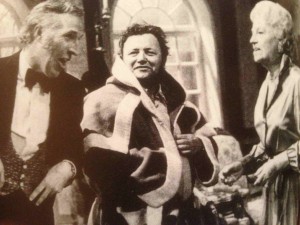 Whilst ITV and Yorkshire TV have both confirmed that this show is considered ‘lost’, thankfully an audio recordings exist in the private archives of Gracie collectors.