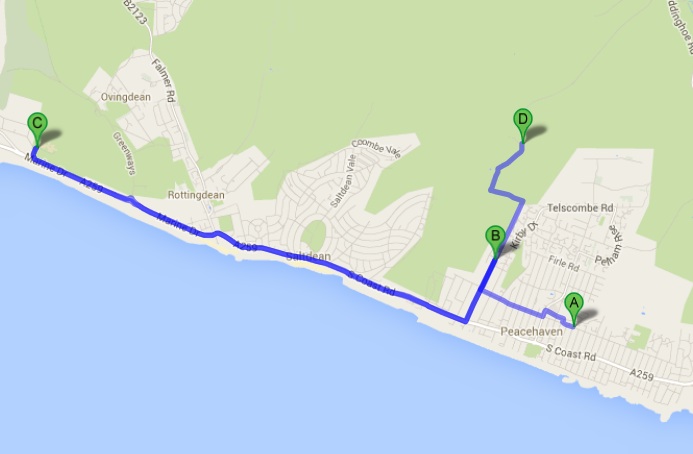 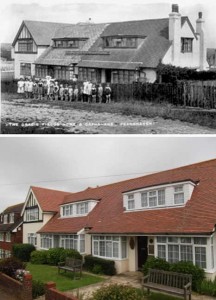 This was the first Stansfield family home bought in the town of Peacehaven, circa 1927, the house was known as ‘Telford’ whilst the family lived there, but Jenny and Fred soon ‘upsized’ moving out of the property, citing its being too far from the shops as the reason, though being too far from the pub for Fred was more likely. It then became ‘The Gracie Fields Home and Orphanage’ for children of Variety artists when Gracie donated the property to Lottie Albert of the charity in 1931. The orphanage ran successfully until 1965. Following this, the building was turned into private sheltered housing for the elderly, which it still is to this day. Gracie regularly visited the orphanage, and continued to do so up until the 1970s, and the lounge today still has a photo wall of Gracie. There is a plaque in the back garden in tribute to Annette Stansfield.

B)     The Haven, Telescombe Cliffs Way 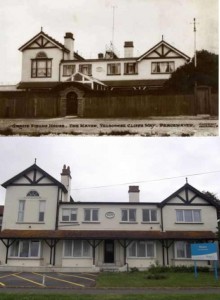 This was the house the Stansfield family moved to after moving out of Telford, and was Gracie’s main British base when she was in England. As her popularity rose in the 1930s a large perimeter wall was erected along the frontage which has since been removed. Fred and Jenny Stansfield moved out of this house in the early 1950s, and the property was then looked after by Mary and Ding Davey. Gracie had three bungalows built next to the house for Tommy, Edith and Betty who used them but eventually sold them on. The house and contents of The Haven were sold at auction in 1984 after Boris’ death and it was turned into a BUPA care home, which it still is today. An extension has been added and Gracie’s former sitting room is now ‘The Gracie Fields lounge.’ In 2013, the old swimming pool (later pond) was refilled with water after renovations.

C)     The Cliff, Roedean
This is where Jenny and Fred Stansfield moved to in the 1950s. The Wakefield family also had a house in the area, and family friends the Rossinis lived close by. To fill the set, Tommy Fields’ first wife Dorothy and son Michael also lived on the street. 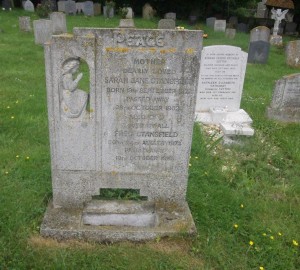 Stansfield family held many of their family services in this pretty church. The first event held here was the marriage of Duggie Wakefield to Edith in 1931. Both Jenny and Fred Stansfield are buried in the cemetery, sharing a plot with the ashes of Tommy and Annette. Further along the cemetery, Duggie and Edith Wakefield share a plot.