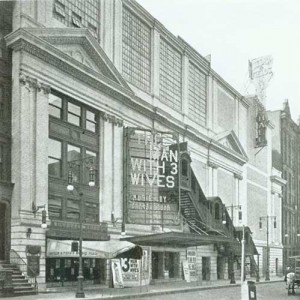 The show was heavily edited and recast, and reopened as ‘Top Notchers’ on the 29th May 1942. Presented by Clifford C. Fisher and the Shuberts, (twice daily and three times on Sundays). On the opening night of the show, Cece Eames presented Gracie with an Aspidistra, and the press, rather unkindly, dubbed her ‘the poor man’s Beatrice Lillie‘. 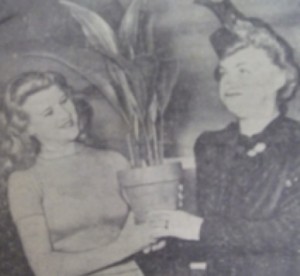 The Bricklayers are billed as ‘the most wonderful dog act in the world‘, and Zero Mostel ‘the zaniest of the cafe societies’ with zany voice changes, caricatures and impersonations. The Hartmans were a dance troupe, with The Six Willys a troupe throwing dumbells and hoops at each other in a juggling act. A Robins, a clown, ‘the continental gentleman with the bananas‘, Al Trahan playing comedy piano and ‘Think-a-drink’ Hoffman pouring any ‘drink you can think of from an ordinary jug of water. I think you’ll agree, a show not to be missed, the ‘America’s Got Talent’ of it’s day! 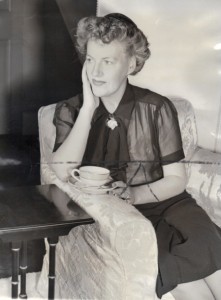 This was Gracie’s return to Broadway after 12 years – her first being an unsuccessful stint at ‘The Palace‘ in 1931. But this time the press reported that Gracie had them ‘whistling up the stairs‘ as she effortlessly took over the revue.

The opening night critics thought that the show was too long, and needed to be cut down, and that Gracie’s talents were massively under played on the Broadway stage. Finishing her spot at the top of Act One, Gracie performed ‘Turn ‘Erberts Face to the Wall‘ and ‘The Biggest Aspidistra‘, but the audience (consisting of mainly soldiers and sailors), clamoured for more. The bill was tight though, and Gracie – the true professional, left the stage so others could have their chance in front of the footlights.

Gracie was advertised as the best part of the show however, and the newspapers hoped that the bill would be cut down in order to give Gracie more time on the stage – and to solidify Anglo-American relations.

On 14th July 1942, Gracie pulled out of the show as she stated that she was “too ill to continue, and doctors have said it is imperative that I must rest.” She went back home to California to recuperate for a few months, with reporters describing her as looking ‘tired and strained, with her voice having lost some of its vitality.’ She rested for a few months before she set off on her next war-tour. A second New York cabaret stint was scheduled for November, but Gracie cancelled this lucrative contract to continue to focus on her own war work. 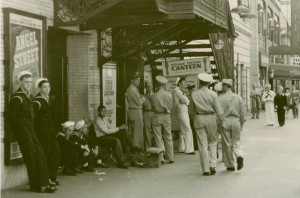 The 44th Street Theatre basement was an important place during the war years as it was the venue for the ‘Stage Door Canteen’ where the service men and women could go to spend an evening with the ‘Stars’.