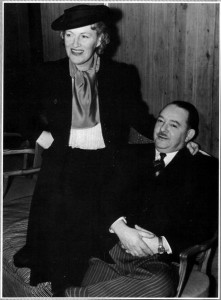 Bert Aza was Gracie’s manager until his death on 1st January 1953, when the business passed to his wife, Lillian. With Bert, Gracie signed her £250,000 film contract with 20th Century Fox. 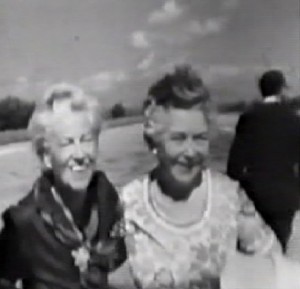 Following the death of her husband Bert, Lillian Aza took over ‘Aza Agencies‘ . Having known Gracie since the late 1930s, Lillian managed all of Gracie’s tours, dates and work contracts.

She is seen in the 1970 ‘World of Gracie Fields’ BBC documentary as flying into Capri by helicopter to meet Gracie. Lillian was godmother to Stanley Holloway, who appeared as a Policeman in Gracie’s film ‘Sing As We Go.‘