As an American equivalent to ‘The World of’ Gracie appeared in the popular TV series ‘Telescope’ with Fletcher Markle.

The half hour colour documentary is basically an interview in Capri with Gracie, who talks about her childhood, Boris, Capri and also tells a few comedy jokes and comedy numbers.

The film is interspersed with interviews of Capri holidaymakers, and also clips from Gracie’s old films. 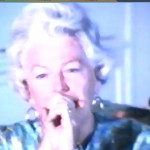 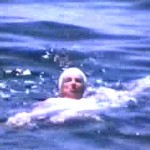 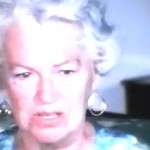 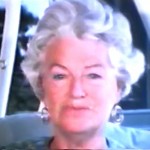 Gracie is seen going shopping with Boris, meeting (and singing in Italian to) tourists, and drinking lemon soda in Capri’s main square. Gracie also goes swimming, up to Canon point (the highest point on Capri) and finishes with a long shot of Gracie walking by the sea singing ‘September Song.’