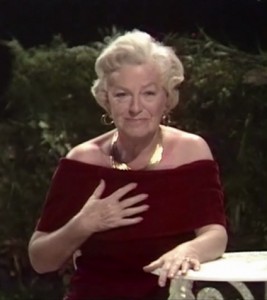 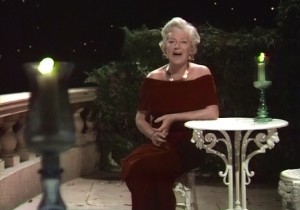 With the BBC having their Sunday evening ‘Songs of Praise’ running successfully since 1961, ITV decided to try and rival this with celebrities singing Hymns, reading Bible extracts and performing religious numbers. This came to be ‘Stars on Sunday‘, captained by Jess Yates.

Starting in 1969, ‘Stars on Sunday’ played host to countless celebrities, usually out of their comfort zone and performing religious items. With stars ranging from Matt Monro, Cliff Richard and Max Bygraves to Christopher Lee, Bing Crosby, Roy Orbison and the Archbishop of Cantebury , Stars on Sunday had a wide audience. The shows were broadcast by ITV (filmed by Yorkshire Television) in the ‘God Slot‘ early Sunday evenings, and were filmed at Yorkshire Television in Leeds. 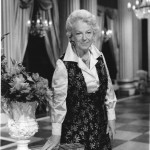 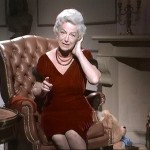 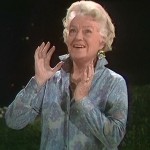 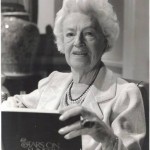 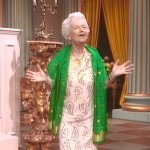 The set for the show was a grand country house, with the stars performing in various rooms and in the gardens. What made the show popular was that the public was able to write in and ask for requests, which would be announced either by the celebrities, or by Moira Anderson before the songs were performed. It is cited that at the peak of the shows success, viewing figures were in excess of 7 million.

It is recorded that Gracie Fields was the most requested artist by the public for ‘Stars on Sunday,’ and she was chosen to record the theme song, ‘If I Can Help Somebody’, for the shows opening credits for one series. (The artist singing the theme song alternated between series). 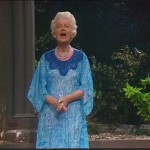 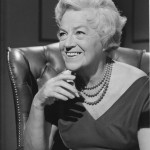 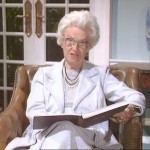 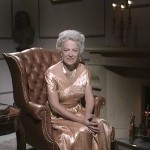 Gracie recorded her songs in ‘blocks’ that were then used over the different series. She also performed two Bible readings, only one of which was broadcast. Due to the popularity of her appearances, York Records issued an LP of some of the songs featured by Gracie.