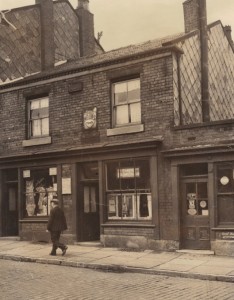 From a newspaper report whilst Gracie was in hospital in 1939

Gracie was born above a Fish and Chip shop run by her paternal grandmother, known locally as ‘Chip Sarah’ on 9th January 1898. 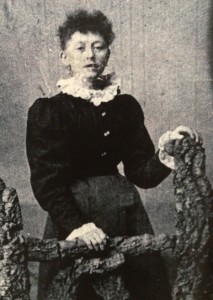 The only known photo of Chip Sarah

Sarah had started her working life aged six down the coal pits, opening the heavy iron fire doors for the trucks pulled by pit ponies to move through. Later she went into service. Much later in life she bought an ailing barbers shop for £15, and with her husband Jim Leighton (Grandad Leighton) converted it to a Fish and Chip shop. Gracie remembered her grandmother as a ‘Gaudy Queen Victoria‘.

Gracie’s parents Fred and Jenny Stansfield were living with Sarah and Jim when Gracie, their first child arrived. 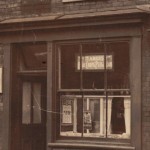 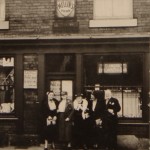 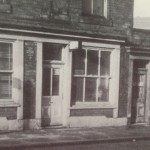 During the 1960’s. With Bob Brierley’s clog shop next door, where Gracie remembered the family buying their footwear.

By 1901 they are entered in the census as living on Hughtrede Street. The street has now been demolished. 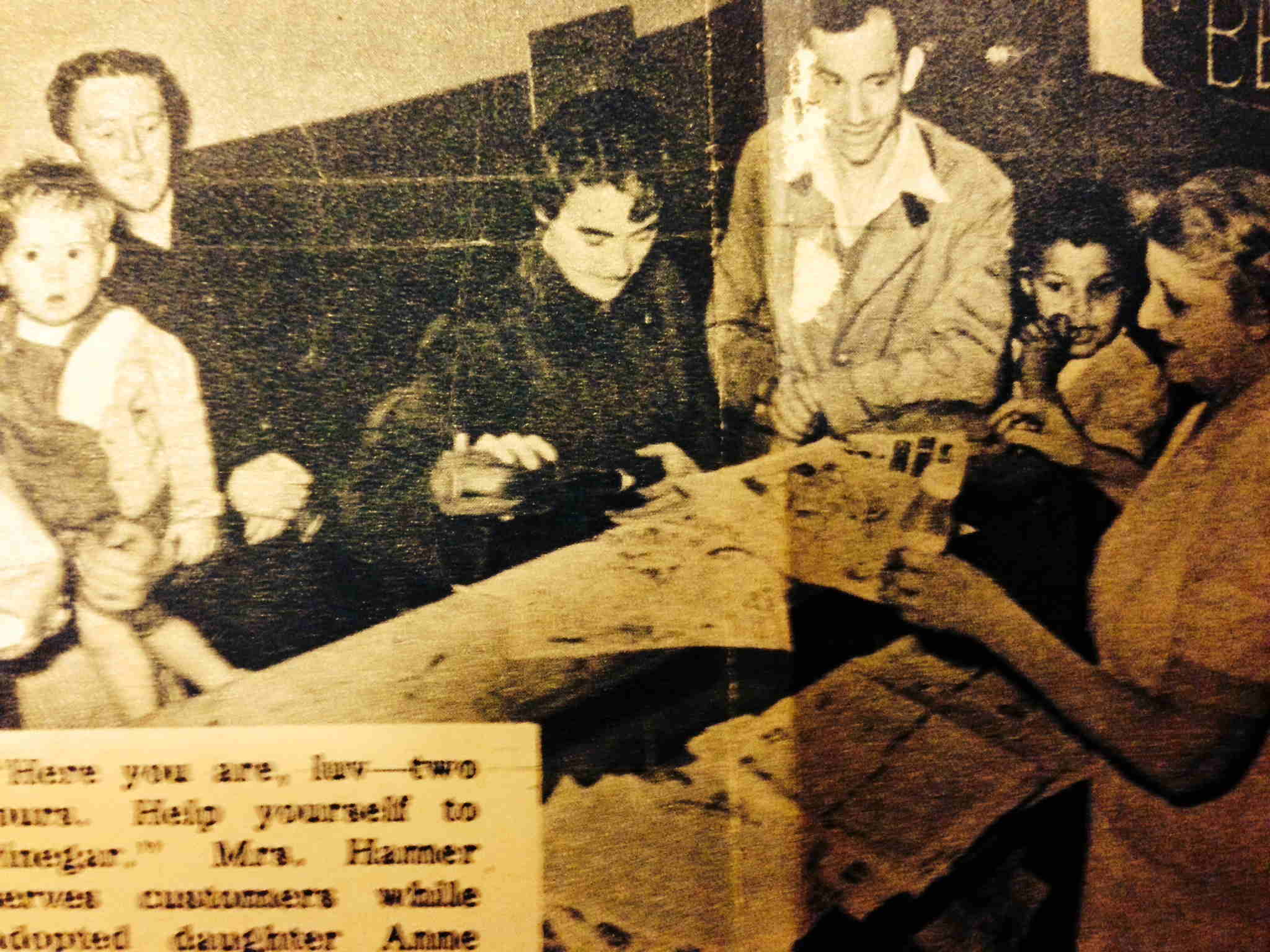 In September 1956, Franklin Engelmann with the BBC radio programme ‘Down Your Way‘ visited Rochdale and talked with Alderman Brynning and Bertha Schofield. To those of a certain age the theme tune alone will bring back memories Sunday teatime, with slices of boiled ham, and thinly cut ‘proper’ bread and butter.

Down Your Way, 1956 Track 1 Alderman Brynning

Down Your Way, 1956 Track 2 Bertha Schofield

Down Your Way, 1956 Track 2 Gracie singing ‘The Lords Prayer’

With great thanks to Greg Couzens, Rochdale

Whenever Gracie visited Rochdale she tried to make time to visit old friends. None more than the Schofield’s (did everyone from Rochdale have Field in their name at that time ?) 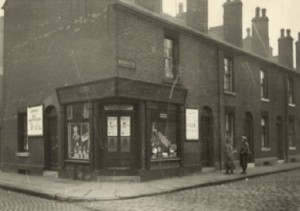 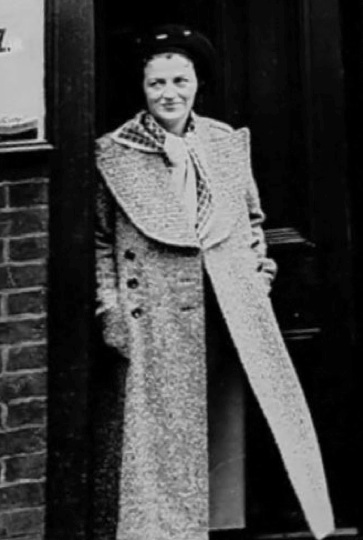 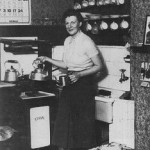 Making a cup of tea in Bertha kitchen 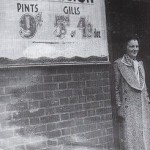 Standing at the side door

Whenever Fred had a small raise in wages Jenny would move the family to what she saw as  better lodgings, they were, ‘Going ‘oop in t’world’. Gracie is also know to have lived in Baron Street and Whatmough Street 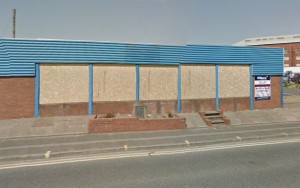 The stone commemorating Gracie’s birthplace looking very sorry for itself. Even the carwash has closed 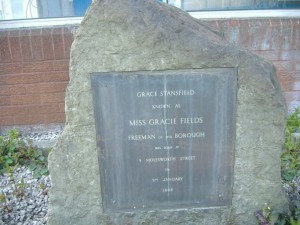 The very least they can do !

If you have any further information about Gracie’s early life in Rochdale we would love to hear from you.