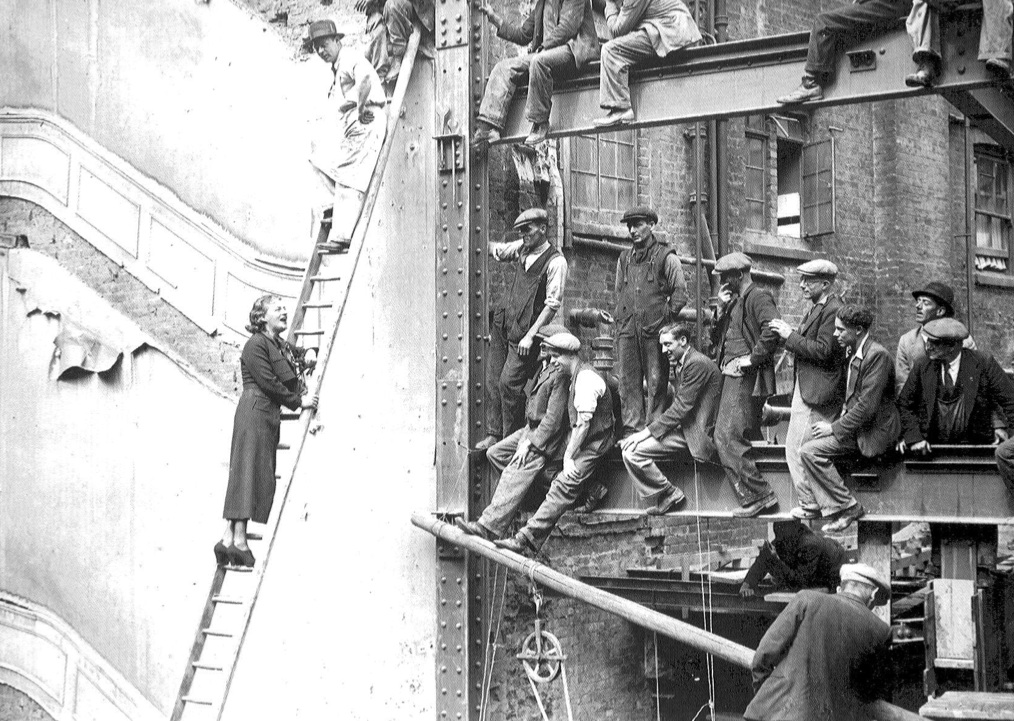 Some of the old theater auditorium still visible 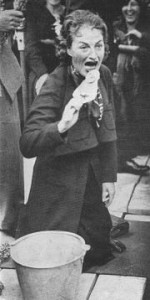 In 1937 the original 800 seat ‘Prince of Wales’ theatre was demolished. On 17 June that year, Gracie sang to the workmen after laying the foundation stone of the new art deco decorated theatre. Designed by Robert Cromie the theatre opened on 27 October that year. 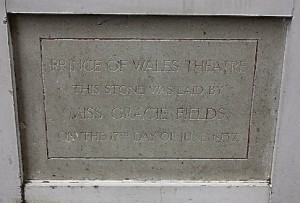 I had to shoo a row of smokers on an interval break away to take this photo! 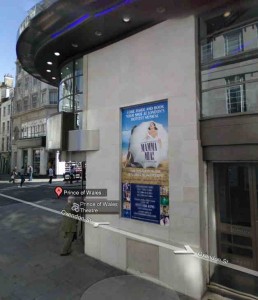 One of our team, (I won’t embarrass Seb by saying which one) visited the ‘Prince of Wales’ several times, and with the help of the theatre staff searched for the commemorative stone, finally coming to the conclusion that it must be behind the lighting box. A while later another of our team, (a budding detective), was idly looking on Google Street . . . 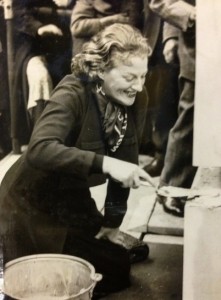 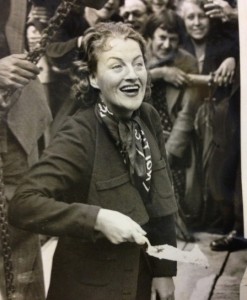 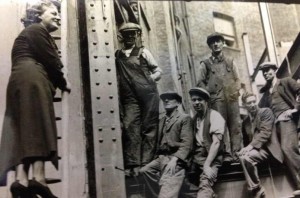