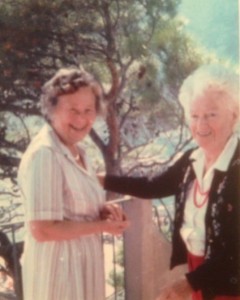 When Gracie and Boris were married in 1952, Gracie decided that she wanted a housekeeper whilst she was away on various tours and concert engagements. Boris suggested Irena, who he had met years before working at the Cerio household.

Irena was born in Turin in 1905, and from 1952 until Gracie’s death worked for Gracie and Boris as a maid and housekeeper until Boris’s death. As Irena got older, another Maid -Maria, was brought in to assist her in cleaning and cooking chores.  Maria left the week Gracie died. 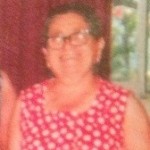 On one occasion, Irena came to England with Boris and Gracie and stayed at Peacehaven.  It is cited that Irena and Mary Davey did not get on well, and had frequent arguments over the years. On one particular occasion, Boris had a heart attack and when the ambulance came, Irena -in an Italian frenzy of fuss, jumped into the ambulance with him. Gracie pulled her straight back out and said ‘He’s my husband, I’ll go!’

On the morning of Gracie’s death, Irena made Gracie breakfast – as always. Sadly Gracie suffered a heart attack shortly after breakfast whilst having a lie-down, as she didn’t feel well. Irena tried to give Gracie oxygen, but to no avail. She shouted to the restaurant staff to call for the local doctor. The press reported that Boris held Gracie’s hand as she died, but he was actually at the Anacapri home at the time installing central heating. Irena rang Boris who immediately came home.

During Gracie funeral, Maria (in tears) brought Sandy the dog to the gates of La Canzone as the hearse drove past carrying Gracie to the cemetery. 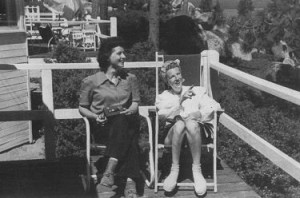 Shortly before the Second World War, Gracie received a fan letter from Neva Hecker. In the letter, Neva wrote how she had seen Gracie in ‘We’re Going To Be Rich’, and had fled the cinema to hide in the toilets at the shrieking voice singing ‘Walter, Walter’. When she returned, Gracie was singing ‘The Sweetest Song in the World’ and Neva didn’t believe it was the same woman! She told Gracie that since then, she’d been back to see the film over 30 times [or in Gracie’s autobiography, sixty six times !] 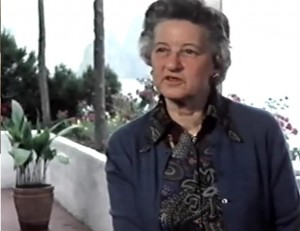 A friendship of letters was established between the pair, and Gracie eventually asked Neva to take on her American secretarial work. Whilst Gracie was on her war tours, Neva looked after Gracie’s Santa Monica home.

When Monty Banks died in 1950, Neva moved to Italy to work for in a secretarial role for NATO, and also to be closer to Gracie. The pair remained friends until Gracie’s death. Neva lived the rest of her life in Rome with a Leader singer. 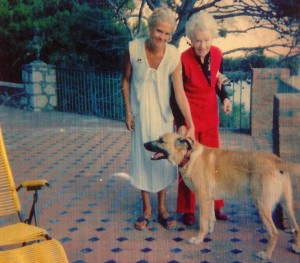 Hazel was Gracie’s companion for the last eight years of Gracie’s life (she is erroneously cited as an ‘Au Pair’ in the 2004 ‘Amazing Gracie’ documentary), looking after Gracie’s clothes, hair and some secretarial duties. 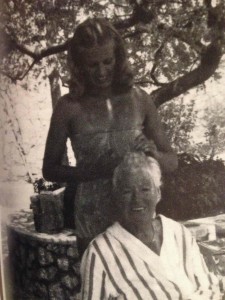 After helping look after Gracie during her final illness (pneumonia) Hazel left Capri to come home to Britain to visit her mother. Hazel was willing to stay and continue looking after Gracie, but the ever charitable Gracie insisted she must go home as her mother was expecting her. A decision Hazel has regretted ever since.

Hazel is one of the very few (probably only) people left who lived in close proximity with Gracie, and is now a spritely seventy year old living in England, cycling to her local library to brows the internet (hence her finding our site and contacting us). I’ve since chatted to Hazel on the phone, and she is a delight.

Various ladies came to do housework for Gracie over the Summer months, some returned successive years. Gracie put them up for the Summer in one of the chalets in the grounds of La Canzone. After the Summer months Gracie sent them back home. Whilst Gracie welcomed the help the girls offered around the house, she stated ‘They do a good job, but they have to go. They get too much.’

Sometimes, the girls divulged information to fans -such as where Gracie and Boris and their friends would be dining on Capri of a night, and fans swarmed to the same restaurant, invading Gracie’s privacy. Gracie did not like this at all, sending one of the girls home instantly for this misdemeanour . Others invited fans into Gracie’s house, to which Gracie is said to have shouted ‘They’ll be coming through the windows next!‘ 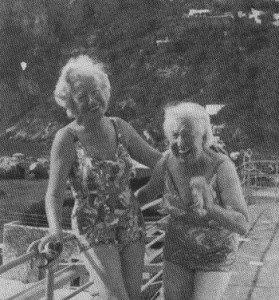 Gracie met Mary Barratt in the early 1930s when Gracie was visiting St. Anne’s on Sea. Gracie and Mary began writing, and when Gracie could afford (and needed) some assistance, she asked Mary to join her. So Mary handed in her notice, and eventually joined Gracie at Greentrees.

Mary also travelled with Gracie back to Capri after her operation in 1939.

She lived permanently in one of the small bungalows which Gracie had built in the grounds of ‘The Haven’, until Gracie’s parents died in the 1950s when she and her husband moved into the main house as caretaker while Gracie was away, and Mary’s nephew Tony moved into her old bungalow in the grounds of The Haven. Whilst Gracie was away in the 1940s and 1950s, Mary ran a delicatessen shop in Peacehaven.

Mary met her husband -Leon (nicknamed Ding) during an ENSA tour of Canada in the 1940s. 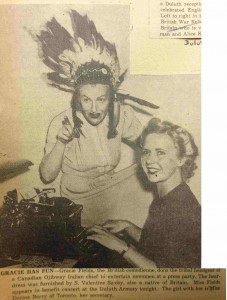 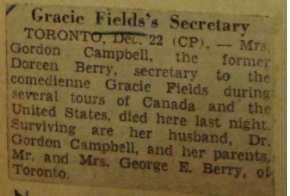