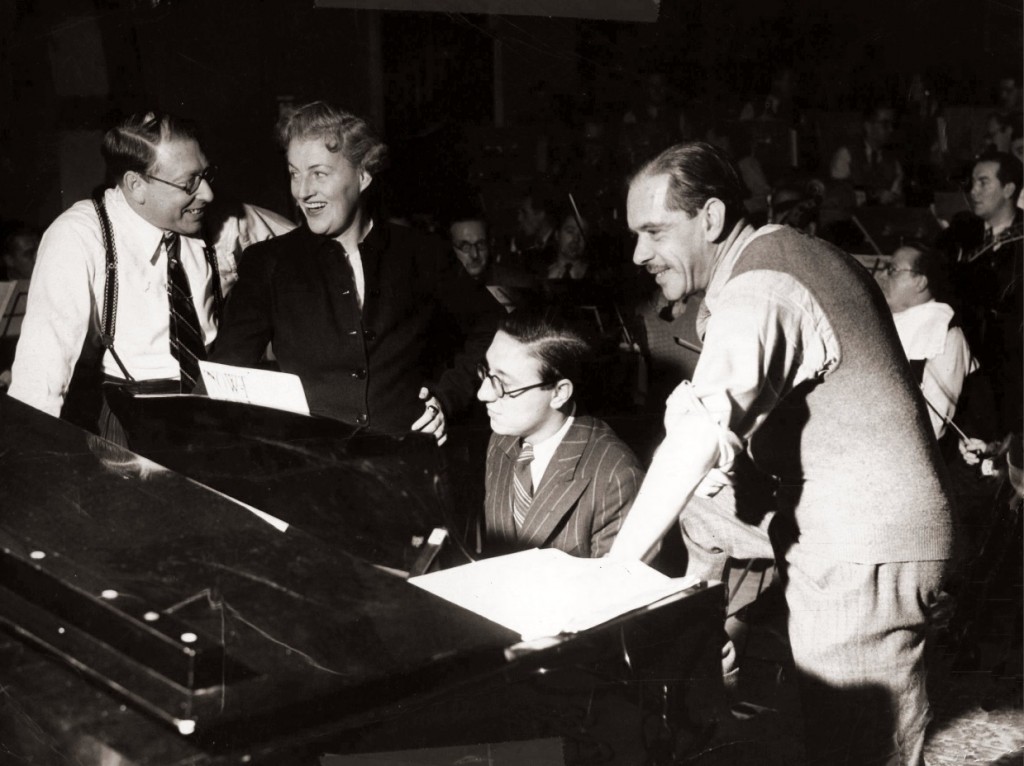 Gracie and Harry during rehearsals at Radio Luxembourg

Harry Parr-Davies 24 May 1914 – 14 October 1955 was born in Neath, South Wales and was by all accounts a musical prodigy, composing serious quality music whilst still in his teens.

‘I Hate You’ sheet

At 17 he took the train to London determined to see Gracie and show her his work, and so ended up at the stage door where she was performing clutching a song he had written especially for her. His persistence with the stage doorman paid off when Gracie agreed to see him; arriving at her dressing room to find her sitting with Annie Lipman and Auntie Margaret. “Harry looked so stricken and nervous” Gracie remembered, “I couldn’t turn him out” and asked him to play her his song, which Annie sang. That song was ‘I Hate You’ which was then featured in ‘Looking on the Bright Side’ and secured Harry’s musical future. 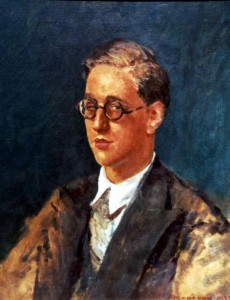 From then on, Harry became Gracie’s regular accompanist playing the piano for her on her UK tours, in films, in the recording studio and at her regular appearances at the London Palladium throughout the 1930s. Asides from working with Gracie, Harry also wrote songs for many other stars of the day including penning hits for George Formby, and songs from the films ‘I See Ice’ and ‘It’s In The Air.’ 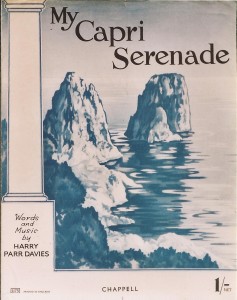 During the Summer months, Harry often spent time in Capri with Gracie, taking out songs for her to ‘try out’ (and hopefully add to her repertoire). One song which he penned whilst in Capri was ‘My Capri Serenade‘, sadly Gracie never recorded it. He also accompanied Gracie on her first trip to meet Twentieth Century Fox executives in America in 1937, and was photographed on board the Queen Mary with Paulette Goddard and Charlie Chaplin. 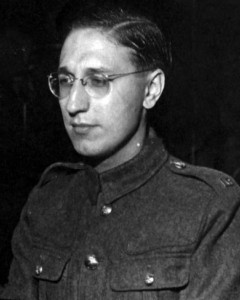 Once war was declared Harry joined up with the Irish Guards but was allowed to move to the Life Guards when it became clear that he would not be able to accompany Gracie during the war, and Gracie wasn’t keen on performing without Davies. They first saw war duty when Harry played for Gracie’s first troop concerts in England and France in September and October 1939, and again over Christmas 1939 and April 1940.

During July 1940, Gracie started her Canadian war tour without Harry, but he was eventually permitted to join Gracie for the rest of her Navy League Tour of 1940. Following this, he again played with Gracie at the final night of her 1941 UK tour on August 17th at the Royal Albert Hall (sharing the honour with her pianist for that tour Ivor Newton). Harry last played the piano for Gracie in 1947, when he made a special appearance during her ‘Swansea Working Party,’ playing ‘Pedro the Fisherman’. 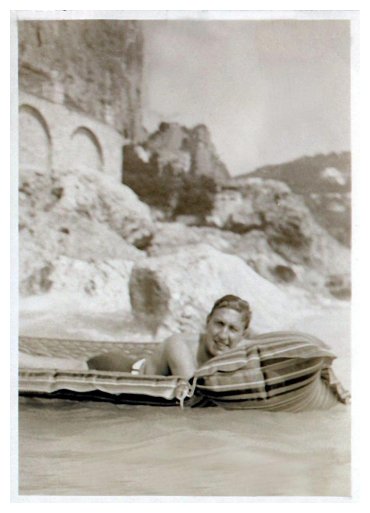 A lovely casual shot in Capri 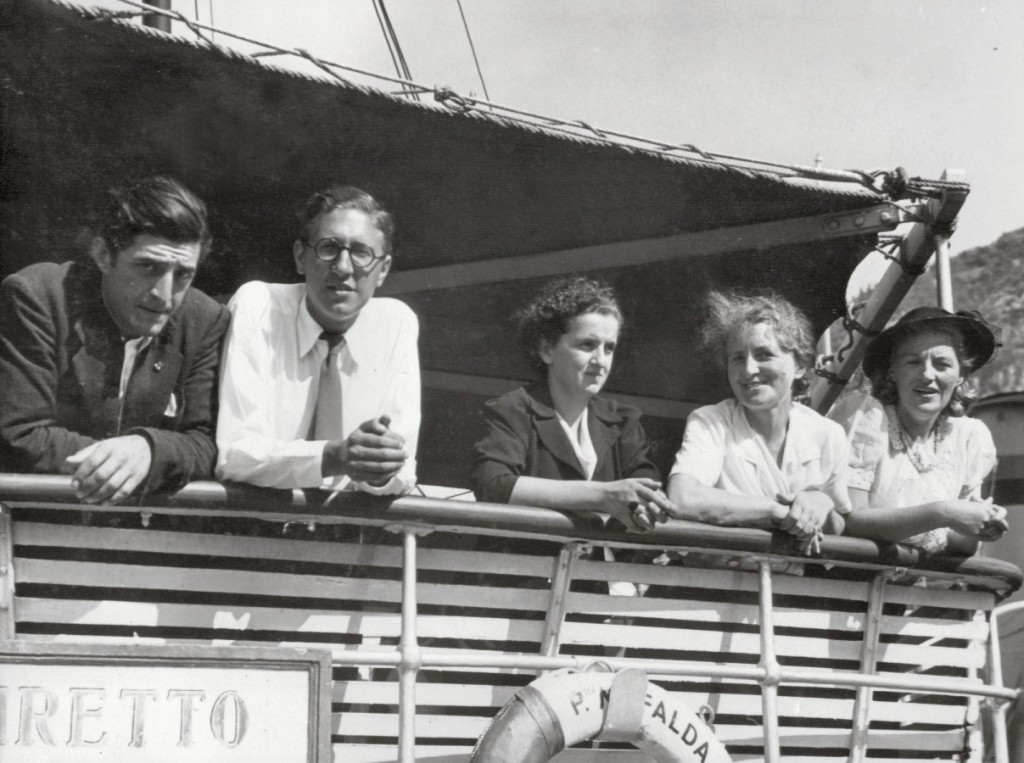 Flanagan, Harry and Gracie on the Napoli to Capri ferry 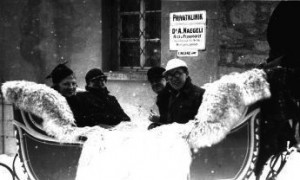 Amongst other places Harry accompanied Gracie on tours of  South Africa, Canada, Europe and the United States.

‘Look Up and Laugh’

Harry was a very dear friend of the Fields family (Gracie nicknaming him Harriet !) and was a constant visitor to Gracie’s homes around the world. He also provided the songs for many of Gracie’s popular film soundtracks, none more popular than her ‘Wish Me Luck (As You Wave Me Goodbye),’ which was published shortly before the outbreak of the Second World War. Harry provided the music to most of Gracie’s 1930s film soundtracks, and even appeared in cameo roles in some of them. 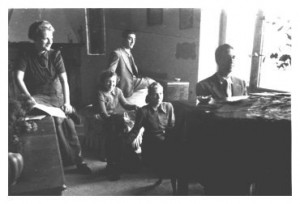 Gracie in later life stated that one of her biggest regrets was that she and Harry hadn’t collaborated on a full-scale musical, (as they at one point planned to do), although Harry did pen the music for his own very successful musical operettas. On June 17th 1943 ‘The Lisbon Story‘ opened at the London Hippodrome, with music by Harry, which was later made into a film. The musical featured the songs ‘We Must Never Say Goodbye‘ and ‘Pedro the Fisherman,’ which were both recorded by Gracie. Harry’s second biggest musical success was ‘Dear Miss Phoebe‘ which opened at the Phoenix Theatre on October 13th 1950.

Harry tragically died at the age of 41 from a perforate ulcer, for which he failed to seek medical attention. He was found alone in the bedroom of his Chelsea apartment. Gracie was deeply upset by the news, and featured in a BBC radio tribute to Harry singing an unaccompanied version of his song ‘Smile When You Say Goodbye.’