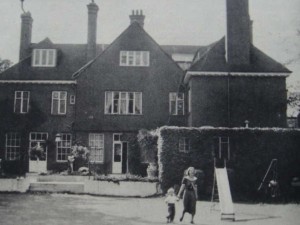 Out Into the Garden of Her North London Home

Gracie finally gave in to pressure that a tiny studio apartment was no place for a ‘star’ to live, and so bought a ‘decent house’ on the Finchley Road, London called ‘Greentrees’. Again, she didn’t live alone. As well as Aunty Margaret as housekeeper, there was a companion, Mary Barratt, Seamus an Irish gardener, and Gracie’s Italian maid, Flo Flo. 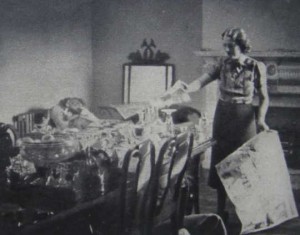 Instead of designing the interiors herself, (like she and Archie had done with ‘Tower’), Gracie left it to professional designers, whose ideas for the ‘richest working girl in the world’ was to give her a Hollywood set for a drawing room. Under the great chandeliers the walls, grand piano and furniture were all white, with gold thread in the upholstery. There was a yellow fitted carpet, and pink damask curtains at the huge windows. Gracie says they never dared sit in it for fear of  ‘mucking it up’! 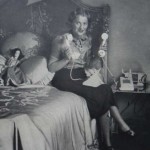 Telephone Gets Going Before Breakfast 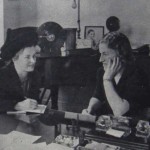 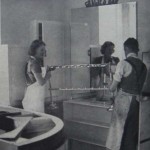 ‘Messing The Place About’ 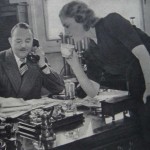 A Business Cup of Tea – In the office with Burt Aza 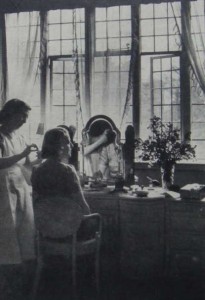 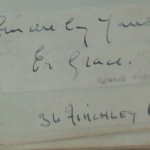 The house had a constant stream of visiting composers, coming to use her piano, but they weren’t welcomed by Aunty Margaret in the best room. So Gracie bought another piano for the dining room, then another for the library, and then a fourth, which had to go in Gracie’s bedroom. But in the end Gracie got fed up with having composers constantly traipsing through the house, and had the pianos, a billiard table and a bar moved to her ‘gold and white tomb’ where she ‘let them get on with it’. Even then she had to put a 2am curfew on them trying out their new songs, because Aunty Margaret wasn’t getting any sleep! 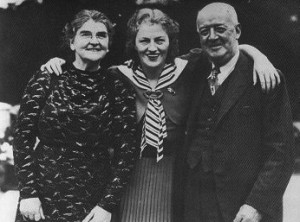 With mum and dad

Unfortunately Gracie was living beyond her means, or at least not putting money aside for the inevitable Inland Revenue demand. So when she was hit with an enormous bill, she had to sell ‘Greentrees’ and it’s contents at a loss to raise the money quickly enough to satisfy the tax man.

Undaunted, Gracie, in typical spirit, said, ‘I always knew everything was barmy, but they’re not going to have my goldfish, or my tiger lilies in the garden. I planted them myself, they’re mine’. So under the cover of darkness she went back to the house, and scooped every goldfish out of the pond, and dug up all her tiger lilies.

Now, this might be a little too ‘Gracie nerdy’ for some, but I figured if it interested me doing the ‘research’ it might be of interest to someone else. 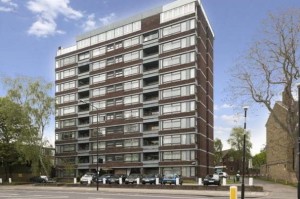 After going to look at the site of ‘Greentrees‘ we couldn’t understand why the most famous woman in the world would have a house with such a large frontage to a main road. Even if she had a big wall she would still be vulnerable. 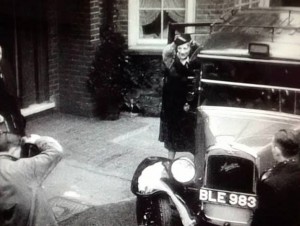 So, I started looking at old maps, and discovered ‘Greentrees’ was in fact tucked away behind another house with only a gate to the road with hedges and trees (green trees?) to shield her from the ‘gawping public’ (I’d have been one of them!). 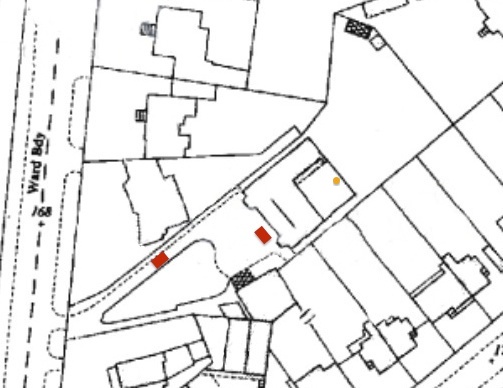 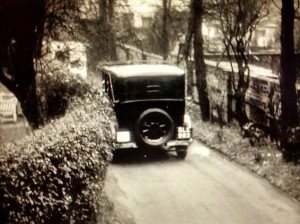 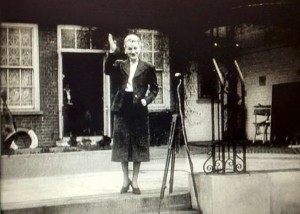 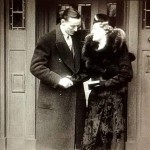 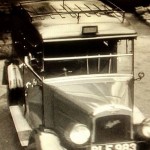 A visit to ‘Greentrees’ by Joan Goldthorp

The first thing that impresses you about her home is its complete homeliness. A homely little maid opens the door for us, and from the distance we hear Gracie’s homely voice saying we are to be shown in to her ‘office’ straight away.

Gracie’s ‘office’ is a large room with long windows at one end, opening on to a surprisingly large strip of garden – large for London that is, but retaining the essential homeliness of the rest of her house.

It has warm, buff walls, the most admirable paintings, plenty of books and flowers, and is very, very comfortable. In one corner is a large workman-like desk in light coloured wood, and in the entire room I see only one portrait. It is of the late Gerald du Maurier, with whom  you remember, Gracie played her first (and only, I believe) straight role on the London stage. The office, Gracie explains, was originally situated upstairs, but as bits of it were continually creeping downstairs into the lounge it was moved in its entirety to this room.

In the garden and hall are brightly coloured little fishes – goldfish among them. Apparently when the hall fish grow to a certain size (and they are always growing says Gracie), they are transported to the fishpond in the garden, the wide open spaces you might almost say.

It is so quiet here in the ‘office’. It seems we must be hundreds of miles away from London.

Altogether, it is a charming house in mellow red brick, and oblong shaped. But Gracie informs us that she is thinking of moving. The ceilings seem to be the only reason for this decision, for every year with clockwork regularity they start to crack till they resemble a very old and very wrinkled forehead. Apparently it is something to do with the ground, which moves about one hundredth of an inch (or something like that) every so often. But we eat our tea quite happily – there is no danger of the roof collapsing on our heads just yet. 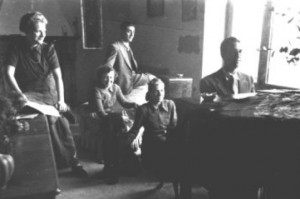