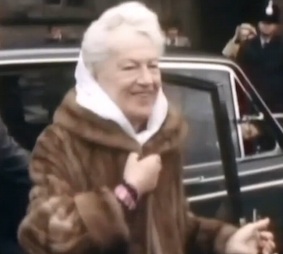 Arriving at the Town Hall

September 1978 saw the last visit of Gracie to her home town, for the honor of the opening of the Gracie Fields Theatre on September 16th. A hectic schedule included visits to hospitals and schools, charity events and the opening the new shopping centre in the middle of Rochdale.

Entertaining school children. I have obliterated a certain persons face, he doesn’t belong in the same photo as our Gracie

Gracie was honoured with a luncheon at Manchester Town Hall, where she was presented with a gold disc by Warwick Records, for sales of her record ‘The Golden Years.’ After an appearance on Pebble Mill, alongside Sandy Powell, Gracie and Boris returned to Rochdale. 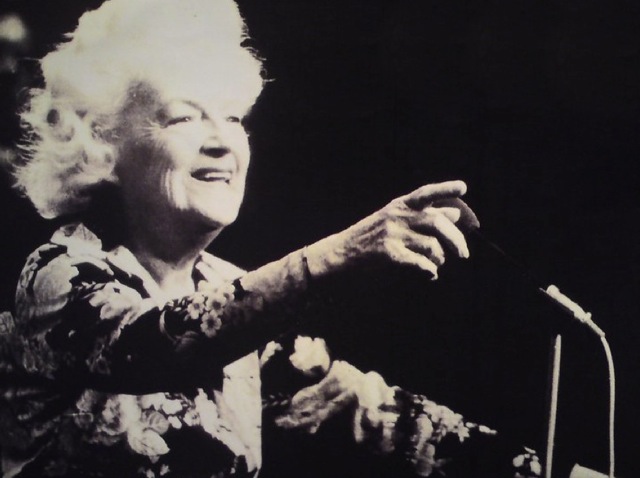 Gracie talking during her visit >> 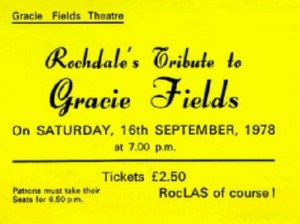 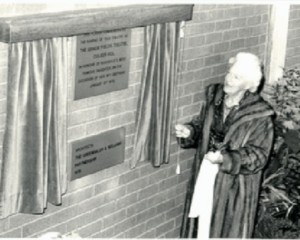 The culmination of her visit was a surprise appearance at the end of the opening concert at the Gracie Fields Theatre. Although the audience knew that Gracie was going to be in attendance at the event, it was not known whether or not she would perform. Tickets sold out within minutes of the booking office opening, though complaints were sent to the Rochdale Observer that MPs and dignitaries received 100 free tickets. 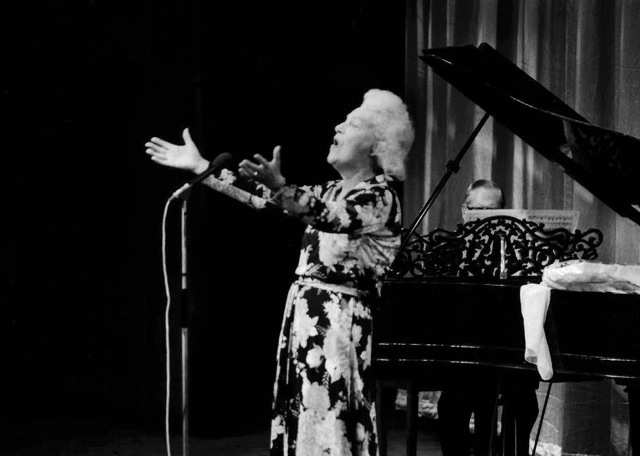 Gracie on stage at the opening of GF theatre >>

At the end of the concert, featuring Ben Warris, Sandy Powell and Larry Grayson, Gracie took to the stage. She had been rehearsing with Bert Waller secretly for a number of days at Peacehaven, and at the end of the concert took to the stage for half an hour to sing some of her old favourites. Gracie tried to add ‘Matchstalk Men and Matchstalk Cats and Dogs’, but couldn’t get all the words out.