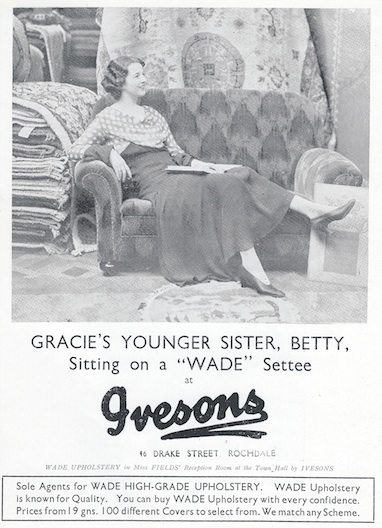 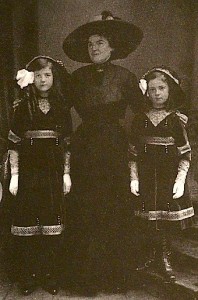 Elizabeth Stansfield was born on March 31st 1901, and although exceptionally talented as a child, would always refuse to join in the play-concerts and shows that her sister Grace put on for the neighbourhood children in the basement of their home. Unlike Gracie, the flame-haired Betty enjoyed going to school, and was devastated when her mother sent her to the stage in later years.

As a child, Betty took weekly piano lessons, whereas Gracie taught herself by ear, and eventually got enough courage to sing in front of audiences at school. When Gracie joined ‘Clara Cloverdale’s Nine Dainty Dots,’ Betty was also given a place with the troupe but was sent home, being told that she didn’t have enough talent.

During the run of ‘It’s A Bargain!’, circa 1916, Jenny sent Betty on tour with Gracie and Archie Pitt, joining the cast when they played Lancaster. In her unpublished memoirs from the 1960s, Betty recalled some events of the tour including one of the company’s young baby’s dying, ostensibly from the terrible conditions they faced. Sensing talent in the young Betty, Archie began to train her professionally, keeping her in mind for her own possible revue in the future. 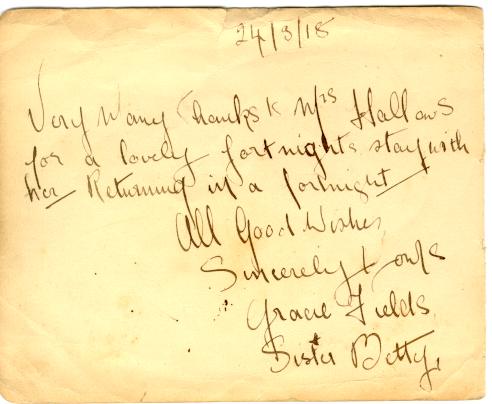 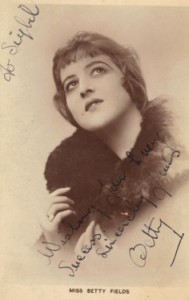 Betty in ‘Mr Tower of London’ from the Sybil Hudson collection

When ‘Mr Tower of London’ opened, Betty opened with the show using ‘Betty Stansfield‘ as her touring name, later changing it to ‘Fields’ during the run. In the show, she was given two solo numbers, ‘Ragatime Ragamuffin’ and ‘In Grandma’s Day.’ 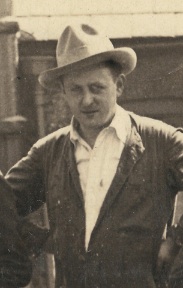 During the run, Betty began to court Bolton-born scenic artist Roy Parry, who had just returned from fighting on the Front. Roy designed the sets, scenery and electrics which were built by himself and George Jewitt. The pair were married in June 1922 at the Church in Myddleton Square,  situated on the opposite side of the square from where her parents were living, walking to and from the church for the ceremony. Their first child Archie Anthony was born on January 13th 1923 an inconvenient amounts of month after the ceremony. When Archie was born, Betty reluctantly sent him to live with Jenny and Fred in London, and later their home in Peacehaven, whilst she was on tour. 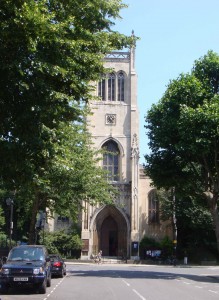 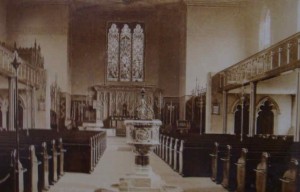 A happy memory for me of visiting Myddleton Square in 2013 and finding the church open with a WI coffee morning in full swing, and having a wonderful chat with the present vicar, who knew nothing of Betty !!! can you believe that?

Following her success in ‘Mr. Tower,’ Betty was given her own review ‘A Week’s Pleasure’, Betty’s premier number being ‘I’m Scared to Death of Holding My Breath Under the Water’ which was picked out especially by Gracie for her. They were also joined later on in the run in 1926 seventeen year old Tommy Trinder, who acted the male comic lead to Betty. Never strong in health, Betty suffered a 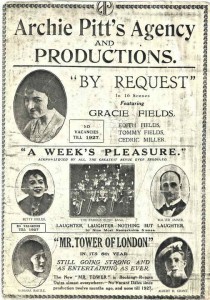 breakdown during the arduous run and until someone else could step into her role Gracie reluctantly agreed to do so.

In 1928 after recovering, and for a brief time covering Gracie’s role in ‘By Request‘ (while Gracie was ill), Betty embarked on her six month tour of South Africa, accompanied by ‘Fields and Rossini’, which began on March 16th. Betty had written a comedy duologue which had achieved some success on the British circuits. 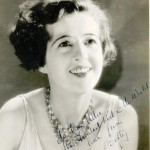 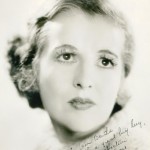 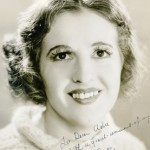 Betty had a short recording career, her 78’s including . . .

Betty Fields medley  Betty Fields Medley – Sh-Sivering; To-days a Sunny Day For Me; Oh What a Night To Love

She also appeared in a few largely forgettable comedy films, including . . . 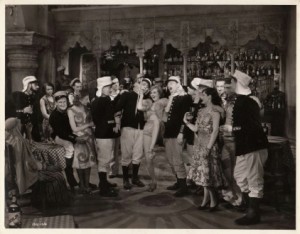 ‘Lost in the Legion’ 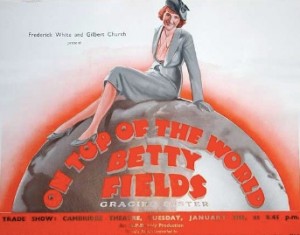 ‘On Top of the World’ 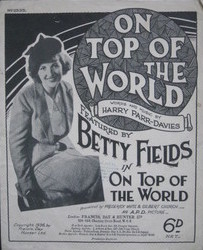 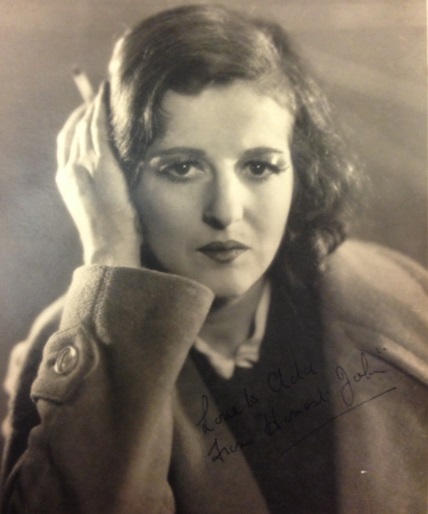 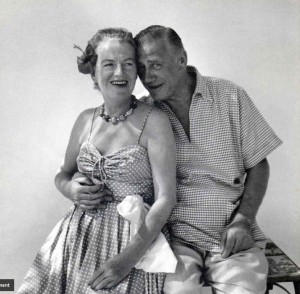 In the late 1930s, Betty and Roy moved to Hollywood, where Roy became a Hollywood scenic painter. In the early 1940s, Betty and Roy separated and Betty moved back to England and  into Gracie’s home in Chelsea, Roy and his new partner Christine remaining on good terms with Gracie and Monty in Hollywood. Betty eventually remarried  in March 1945, ex-RAF pilot Charles Edward Saunders, known as ‘Eddie’. Betty and Roy’s son, Tony, married Margaret M. Maculloch in Southport in 1944, affectionately known to the family as Peggy. 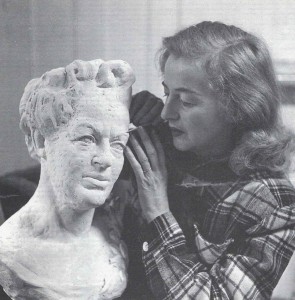 Betty working on a bust of Gracie

In 1958, Betty and Eddie emigrated to Australia. By this time Betty had completely given up the show business life and was achieving success as a sculptress. Mervyn Rossini remembers attending their farewell party at Edie’s home in Finchley, the Saunders Chelsea home having already been sold (Mervyn also has memories of Betty’s amazing garden decorated with her own sculptures, and of her having a sculpting shed at the bottom of the garden). 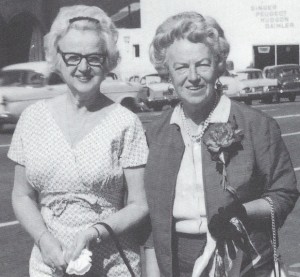 Gracie and Betty in Australia

Betty died around March 1974 in Australia after suffering for many year with Cancer. Gracie spent time with Betty on her 1968 tour Australia.