Following her success in ‘The Old Lady Shows Her Medals’ and ‘Miss Marple,’ Gracie was asked to play Miss Pross in an adaptation of the Charles Dickens classic ‘A Tale Of Two Cities.’

Broadcast by CBS for the ‘DuPont Show of the Month,’ on 27th March 1958, (a copy of this exists in the Paley Archive Centre in New York, and has been viewed by a number of Gracie fans). 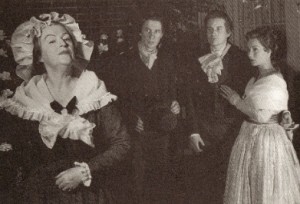 Series 1, Episode 7.
‘The scene is Paris on the eve of the French Revolution. Lucie Manette has come from her home in England to be taken to her aged father, recently escaped from the Bastille. He is being harbored in the wine shop of Defarge and his wife, a woman who pursues her knitting with sinister purpose. Another visitor from England is Charles Darnay, summoned by his uncle, the Marquis St. Evremonde, a nobleman despised alike by his nephew and the suffering people of Paris. Before long all these figures are caught up together in this tale of love, intrigue and political terror.’ 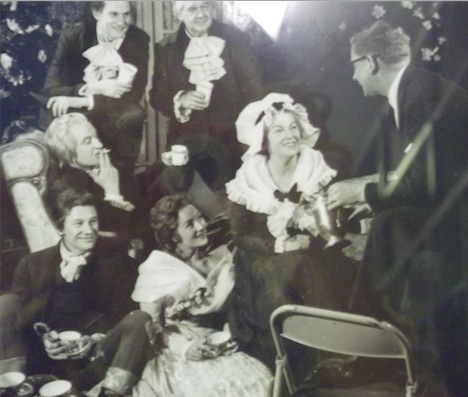