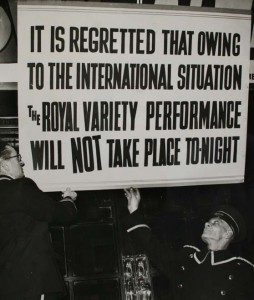 Val Parnell called a halt to rehearsals, (4 hours before the audience were due to arrive!) to make an announcement. He had been informed by ‘The Palace‘ that that evening’s Royal Variety Performance had been cancelled, due to the mounting Suez Canal crisis as the Queen felt it in-appropriate to attend. 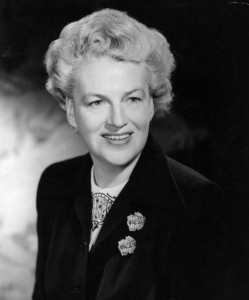 Gracie’s photograph from that years programme

Liberace took it hard and broke down in tears on stage. But Gracie, as we would expect, made the best of it, making tea, and comforted those who were making a drama out of a Suez crisis.