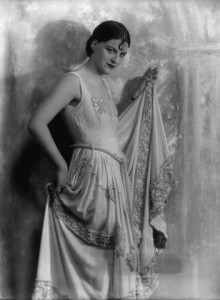 Gracie’s first Royal Variety Performance, in a dress she made herself. 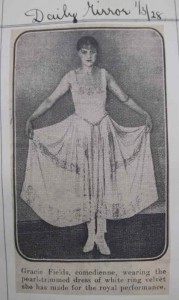 ‘Dizzy’ that’s how Miss Gracie Fields described her feelings at the Royal Performance last night. ‘I had to rush over from the St. James’s theatre [SOS], and when I got to the Coliseum there was a dreadful wait before I went on the stage for my ten minutes to sing my three songs.‘ Gracie performed ‘Because I Love You‘, ‘Sonny Boy‘ and ‘My Blue Heaven.’ Queen Mary said to Gracie after the performance, ‘I do think those comic songs are so vulgar. I much prefer things like ‘Come into the Garden Maud.’ To which Gracie replied, ‘Well those that pay for their seats like the comic ones!’ 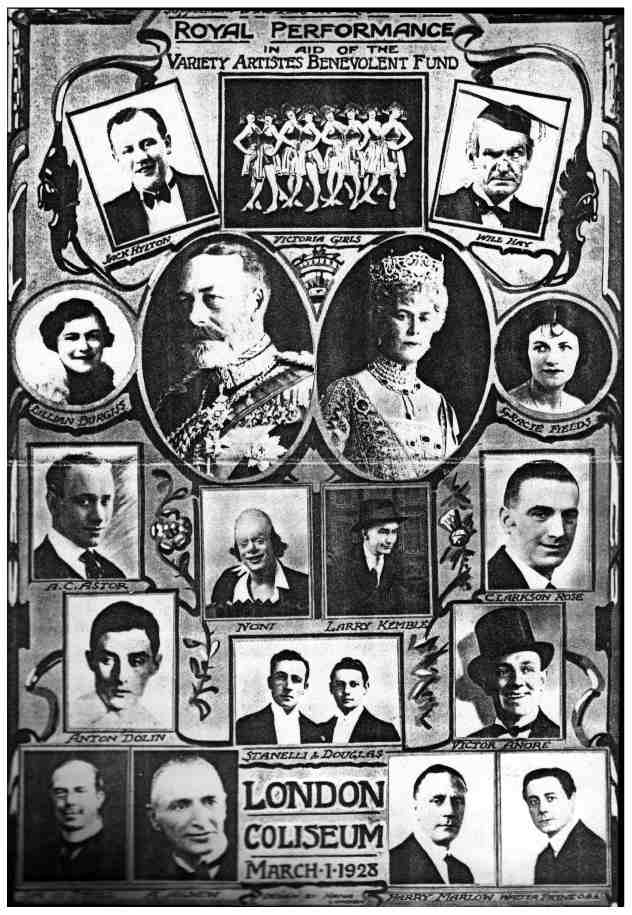